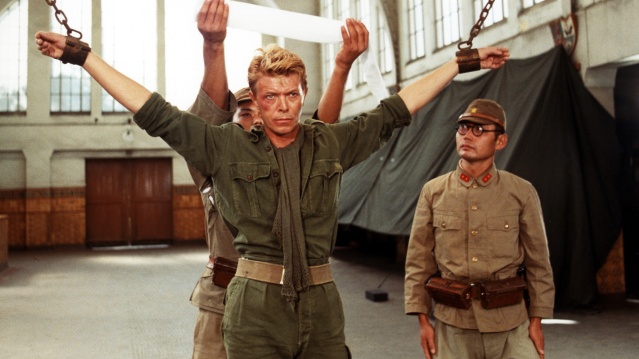 Merry Christmas, Mr. Lawrence” follows the lives of four men in a Japanese prisoner of war camp – the Japanese commander (Ryuichi Sakamoto), his brutal sergeant (Takeshi), a British officer who lived in Japan (Tom Conti), and the rebellious British major (David Bowie) who tries to make life for the Japanese as difficult as possible. All four have had troubled pasts and try to make the best out of this bad situation, despite their drastically different backgrounds and cultures. Think “Bridge on the River Kwai” only more personable and tragic.

The driving force is the clashing of cultures, as the film perfectly balances the honor and humility of the Japanese with the freedom of expression, chivalry, and no-nonsense approach of the British. Conti tries to play the middleman and play both sides to show how they can get along, but also how much they can’t get along since even he loses his temper from time to time. Still, the biggest problem with this movie is its slow pacing, taking a lot of time with flashbacks to Bowie’s childhood and his grief. Bowie is a good enough actor that he could have explained it with one extended recollection rather than taking us out of the moment by cutting away from the conflict. And while it does play into the themes between the four characters of regret and shame, most of it comes across as unnecessarily slow.