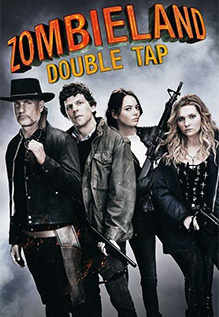 The name of the game in “Zombieland: Double Tap” is pandering. Nearly every joke is a rehash from the first film, or a not-so subtle wink at the camera moment for those who loved “Zombieland.” This includes mocking of many tired catch phrases, including loads of jabs at “Time to nut up or shut up,” parodies of their own characters, and going through all of Columbus’ (Jesse Eisenberg) rules of survival over again, just in case you forgot them. Oh, and of course there’s a big reference to Bill Murray.

This would be a problem if the plot actually made sense, but it all falls apart if you give it even the slightest bit of thought, especially in the third act. The majority of the film revolves around the four main leads from the last film trying to find some place to call home, and Little Rock (Abigail Breslin) finding it in the form of a hippie community that melts down all weapons and guns and literally sings pacifist songs despite the zombie horde outside that they attract with fireworks. 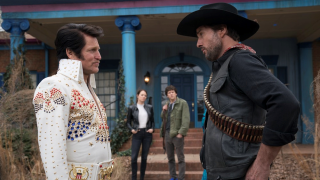 How these pacifists survived in a world overrun by zombies for this long is infuriating, but what’s worse is that the filmmakers side with the hippies and that they shouldn’t be killing the undead that are impossible to reason with and won’t stop until they’ve devoured you. The main characters don’t try to argue with the hippies either, they just seem to agree that they live better lives because they destroyed their only form of protection.