Top 10 Films in My Lifetime

Today marks my thirtieth birthday, a day that I’ve been giving a lot of thought for quite some time. Despite my youth supposedly coming to an end as I make the march towards middle-age, I can’t help but feel young. Maybe it’s because I live my life without regrets, or because I always do everything in my power to make the most out of each day, but I’m at the point in my life where age is a good thing, like I’m maturing like wine.

But I certainly feel like part of this perspective comes from watching movies and gaining new perspectives on life and myself through a camera lens. Cinema has played a massive role in my life so it’s only fitting that I take a look at some of the films that have come along since I’ve been alive. This works out almost perfectly to encompass three decades of cinema (1990s, 2000s and 2010s). With so many films that have left an indelible impact on me as a person to choose from, I’ve decided to keep this to just my personal favorite ten that have left the biggest marks on me, the ones that I’ll always come back to and remind me of what it was like when I was thirty. 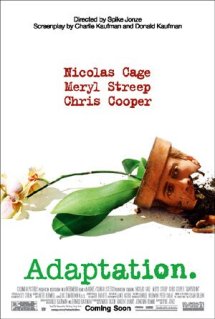 It pains me to admit that I’ve rarely talked about how brilliant “Adaptation.” is on so many different levels and how it perfectly captures the crisis that comes with creativity. The film is a biopic about its own writer, Charlie Kaufman, going through the most difficult experience of his life as he attempts to adapt an unadaptable book and to make a story where there is no story, and the story he creates is him trying desperately to create a story about the book he’s trying to adapt. No one could ever attempt something like this besides Kaufman, and it’s brought to screen with that same love for passion, uniqueness and originality through the confused and fun performances of Nicholas Cage and Meryl Streep. It is the prime film example of life imitating art imitating life imitating art that still blows my mind just thinking about how everything comes together.

Gangster films are the ultimate tragedies, with the highest of highs and the lowest of lows. Martin Scorsese has always excelled at making those highs as enthralling and mouth-watering as possible, like being a gangster is the greatest thing in the world, while never detaching itself from reality so far as to sympathize with these criminals so that there ultimate fall hits even harder when they do crash back to our reality. “Goodfellas” is the greatest gangster film of all time because that power is lavishly explored through multiple decades of long takes and loving narration. At times, it almost feels like we’re watching aliens with no empathy or understanding of humans other than greed and power, especially Joe Pesci’s foul-mouthed trigger-happy gangster that only loves his mother, which only makes the more human moments of realization and betrayal stand out so much more.

More than anything else, I adore “her”‘s depiction of the future. Sterile, but imaginative. It is distant enough from our own world to wonder how we got here, while still innovative enough to create a fun world with endless possibilities. In a time where every depiction of the future is grim and desolate, “her” is a shining example of how A.I. can be just as witty and passionate as us. It is comforting without every losing its joy for life, showing our evolution as a charismatic love to learn more about ourselves, captured perfectly through the love between a man and an A.I.

I couldn’t help myself, this is everything I wanted in a modern-age Godzilla movie. The monster is not only terrifying, imposing and captured in the best possible light, but the worlds’ governments react with the chaos and confusion that would come with a giant monster rising from the ocean. It is both parts political thriller and kaiju film, bolstered even further with its sense of national identity so that it’s not just a few stuffy politicians reacting to Godzilla, but all of Japan. Even if it didn’t have loads of call backs to the Showa series through its music and sound effects, “Shin Godzilla” would still be the best monster movie in the last decade because of its love of monsters and the modern bureaucratic response to such an abomination of life.

Who would have thought a brand-name movie about yellow bricks would hit me this hard? I can’t think of another movie that makes me feel like a kid again quite like “The Lego Movie.” It is one of the most creative, witty and bizarre movies I’ve ever seen, but then again you have to be to have your main characters be Batman, a pirate, an astronaut and a cat-unicorn-hybrid while fighting Will Ferrell. Just thinking about how everything unfolds so perfectly makes me giddy, while the comedy still makes me laugh to this day. Everything about this movie still feels fresh, certainly helped by the unique look and design that makes “The Lego Movie” timeless and forever relevant, especially with that twist ending.

As time has passed, I’ve fallen in love with the brutal honest of “Nightcrawler”‘s depiction of success. Where “Adaptation.” was hopeful and passionate, “Nightcrawler” is desensitized to the American Dream, where success only comes to those who want it hard enough, especially in an endangered profession that is journalism. The film is often disturbing, but always rings true to its message of how “Man Bites Dog” is a far more alluring headline than “Dog bites Man.” Jake Gyllenhaal has never been as commanding or sinister as he was in “Nightcrawler,” always coming across as a man who’d do whatever it takes to succeed in a world that does not care for him.

On the opposite end of the spectrum from “Nightcrawler,” we have “Ed Wood,” the greatest film about filmmaking. There’s a contagious love for life and movies throughout, all perfectly captured in Johnny Depp’s charismatic performance as Edward D. Wood Jr., a man so blinded by the spectacle of cinema that he thought it (and he) could do no wrong. Yet beyond a love for movies, there’s a genuine optimism that permeates through Depp and Martin Landau’s role, both making the most of the time and opportunities they have, a passion that all artists can truly appreciate. It speaks to me, not just as a love letter to one of the best worst filmmakers of all time, but also of how to face the challenges that come with any passion – with an open-mind and a kind heart. 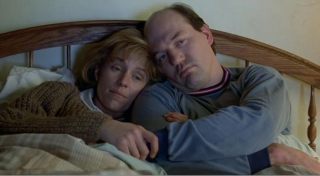 If I could have, these last three films would all be tied for first place. They are not just perfect movies, but timeless classics with characters that have helped shape my own personality. Take for example, Marge Gunderson from “Fargo,” the contemplative, curious, feisty cop who will stop at nothing to make a better world for her child, even if it means copious amounts of fast food and a cute Minnesotan accent. The framing of Marge within the world of “Fargo,” filled with greedy, ugly, weak men clawing for something they can call their own and watching them fail due to their own incompetence, makes Marge and her husband sharing little moments of love and affection the most heart-warming and uplifting experience in the last twenty years. The balance of dark comedy, authentic Minnesota charm and Marge’s determination despite everything going against her makes “Fargo” not only the Coen brothers’ best film, but one of the best films of the last few decades.

When I think of fantasy, “The Shape of Water” is now the first thing that comes to mind. It is filled with wonder and awe, without ever losing an ounce of humanity, taking the good people with the bad people. It makes the more fantastical moments far more breath-taking, and the moments of quiet realization and love so much more touching, while the angry outbursts of men losing control over something they never had so much more satisfying. It certainly helps that this film boasts the best performance of the decade with Sally Hawkins giving the most raw, passion performance without hardly uttering a word. Guillermo del Toro’s sympathetic re-imagining of “The Creature from the Black Lagoon,” has a tremendous love for the beauty of life that is hard not to love every affection moment of this wonderful fantasy.

“WALL-E” is one of the best examples of science fiction, a quiet, contemplative look at where mankind’s over-reliance on our tools would eventually take us and how much our own tools would start to mimic us. Some will see this as Pixar’s cute take on sci-fi, but I see it as their masterpiece, a visually breath-taking film with a joy for life, all while the silence is even more powerful than words could ever be. Not a single moment is wasted in “WALL-E,” whether its exploring a world filled with trash as a single robot tries to find meaning to it all, creating a wonderful companionship between its two robot leads that becomes (oddly enough) the emotional core of the film, showcasing the vast beauty of the universe, or building off the themes of “2001: A Space Odyssey” in the most touching way. I love everything about this movie, and it only gets better every time I watch it.