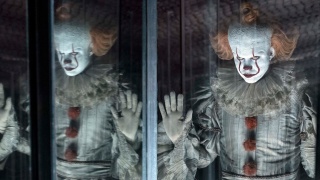 While “It” was built off of the charming charisma and chemistry of its many child costars and Bill Skarsgard’s otherworldly performance, most of that is gone with “It Chapter Two,” leaving behind a mostly bloated, bland and tonally confused sequel. Despite most of the adult cast looking exactly like their child counterparts and Bill Skarsgard getting even more screen time than before, the film meanders for most of its runtime, giving little vignettes of horror that do not connect to the overall plot. Most of the movie seems like a series of shorts that goes on much longer than it needs to.

At nearly three hours, most of the creepiness gets overplayed and many of the scares are ineffective because of the repetition. While everyone gets a chance to shine, including the child actors of the first film through flashbacks, they’re all done individually while moving at a snails pace. The chemistry of the first film feels like an afterthought in this movie. This would be fine if the film built up to a satisfying climax against Pennywise, but instead its more individual challenges for our characters, leading to a big moment that should be triumphant but instead feels hypocritical when the main characters resort to the same tactics as their bullies from the first film.

Ultimately, “It Chapter Two” thinks very highly of itself, like its reinventing horror and the wheel at the same time. But this ego trip gets grating and tedious. There are some effective moments of horror, almost always involving Skarsgard and his knack for creep, but they’re always overshadowed by the slow pace and often emotionless acting. Where we cared about these kids in the first film, they’ve now become bland, forgettable adults with only minor quirks. Despite having three hours to showcase how these characters have evolved, they feel more alien than the living incarnation of fear disguised as a clown.