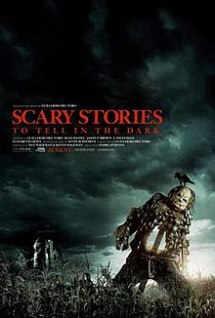 There are few directors that can do no wrong in my eyes. Spielberg, Edgar Wright, Christopher Nolan, and the Coen Brothers come to mind. But recently, another director/producer has joined their ranks of consistently turning out satisfying and worthwhile movies – Guillermo del Toro.

While I’ve grown to appreciate del Toro’s work over the last few years, especially his personal passion projects that felt like homages to obscure movie genres like a tribute to diakaiju films with “Pacific Rim” and Italian gothic horror with “Crimson Peak,” I’ve now become a devoted follower of all his work ever since “The Shape of Water,” one of the best films in the last decade. It’s difficult to put to words, but del Toro’s films always feel like a trip to the darkest parts of the human heart – eerie and usually otherworldly, yet filled to the brim with warmth and understanding, almost in a fantastical way. The charm and love for movies is practically infectious in all of his movies, making it hard not to love his work.

So while “Scary Stories to Tell in the Dark” may not have been directed by del Toro, he did produce this children’s-horror-series-turned-movie, and his style practically oozes in nearly every frame. From a character obsessed with old black-and-white horror movies, to a nostalgic look at the simplicity and underlying hardships of the late 1960s, to the grotesque monsters that haunt our cast of teenagers, del Toro might as well have directed this movie.

Set in the idyllic town of Mill Valley on Halloween night, a group of teens decide to break into an abandoned haunted mansion while on the run of the town jock and bully. While a couple of the teens cower in fear over a few odd sounds and images of an old woman and her dog, Stella (Zoe Colletti) finds a book that belongs to the town’s most infamous legend, Sarah Bellows. As Stella learns more about the book, including that Sarah’s scary stories are written in blood, she also finds the book is still writing stories, ones that happen to involve people Stella knows, including the bully and the scarecrow that he’s hated his entire life.

I would describe “Scary Stories to Tell in the Dark” as “Goosebumps” done right, taking an anthology series of scary children’s stories and turning it into something that can scare both kids and adults. While “Goosebumps” plays everything for laughs in a corny, tongue-in-cheek manner, this movie terrifies with its insanely messed-up monsters straight out of these characters subconscious, playing on their darkest fears and manifesting in the most grotesque and disturbing ways. Most of these monsters look like they walked straight out of someone’s nightmare, deformed and inhuman, and always moving at a steady pace towards their victims to seal their equally inhuman fate.

This makes “Scary Stories to Tell in the Dark” oddly satisfying, especially with characters to deserve this fate. It doesn’t play out like a slasher movie, but rather a trip into the fears of these teenagers. For example, a preppy girl’s zit that gets several disgusted looks from her classmates continues to grow until it looks like something is moving underneath it, and it only gets worse when she tries to pop it. Each one tells us so much about each character, which only makes their fear feel even more genuine.

If Guillermo del Toro ever made a children’s horror movie, “Scary Stories to Tell in the Dark” is exactly what it would look like. It is drippy with atmosphere, loving its haunted house setting filled with cobwebs, hidden rooms and ghosts, with characters that love exploring these clearly haunted grounds to keep things from getting stale. The monsters will give anyone nightmares and are all memorable in their own ways, each giving a satisfying conclusion to their stories. In the end, this is the rare children’s horror movie that can scare both kids and adults, without ever feeling like its dumbing anything down, something that I feel only del Toro could manage.