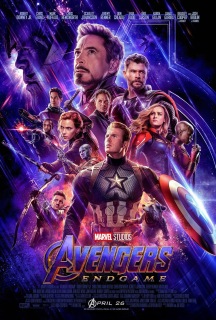 WARNING: SOME SPOILERS AHEAD!

I feel there is a lot to love about the Marvel Cinematic Universe. Depending on who you ask, the reasons why these 21 movies and nearly a dozen different franchises have stuck in our minds for so long will vary. Whether it’s the ever-expanding universe, the colorful cast of characters these filmmakers and actors have lovingly crafted, the way these films balance comedy and drama so effortlessly, or the grand sense of continuity, it’s difficult to not find something to love about these movies. They are the ultimate crowd pleaser and the shining definition of smart, entertaining blockbusters.

Yet somehow, Marvel has found a way to outdo themselves for their latest outing, “Avengers: Endgame.” While it may seem like a sequel to the last Avengers movie, “Infinity War,” “Endgame” is more so a culmination of all 21 of these movies, bringing everything these entire cinematic universe has been building up to a climax that stands on its own and as an homage to everything that came before it. And Marvel wraps it all up so tightly that you’d swear it was Christmas morning and this was the present we found under the tree, all tied up in a big bow with all the love and respect these movies truly deserve.

Admittedly, I’m writing this review a few weeks after I’ve seen the movie. Had I talked about “Endgame” immediately after seeing it, I would have said this was the single greatest MCU movie, the perfect conclusion to the most developed film universe ever created. But after reflecting on some of the details in the narrative, the pacing and the three-hour length making the film a little too self-indulgent, it has knocked down “Endgame” from the best to one of the better ones, especially since “Infinity War” had the more coherent and focused story.

One of the greatest things “Endgame” had going was its total unpredictability. Nearly all of the major plot threads leftover from “Infinity War” are wrapped up within the first fifteen minutes, leading to the first big surprise of the movie – a five-year time skip. From this point, all of our surviving heroes have been allowed to grow and change in ways we never thought possible, like Bruce Banner (Mark Ruffalo) and the Hulk merging into one being, Thor (Chris Hemsworth) hiding from his failures and grief behind alcohol and junk food, and Tony Stark (Robert Downey Jr.) finally settling down and having a life away from being Iron Man.

Now that “Endgame” is no longer bound by the contrivances of following in the footsteps of “Infinity War,” it can do anything it wants with these heroes in a world where they failed and the whole universe knows it. How they handle with that grief and tragedy is what makes this movie so fascinating.

Of course, things get even stranger when Ant Man (Paul Rudd) returns and explains that he has the figured out the key to time travel, which he instantly tells the Avengers about and they formulate a “time heist” that could make everything right again. This leads to the homage to so many previous Marvel movies, as time is played with loosely while the time travel is played for laughs, as is time travel movie logic. Again, “Endgame” plays with our expectations and turns what could have been a tragic, desperate fight to stop the evil Thanos into a funny, tongue in cheek heist film that isn’t afraid to use time travel.

What makes the unpredictability work so well though is how lively and energetic all of these characters are. Like so many MCU movies before, these heroes are so delightfully eccentric that you don’t need to have much of a story to keep our interest, as proven with some of the better scenes in “The Avengers” and “Age of Ultron.” But like with “Civil War” and “Infinity War,” the Russo brothers do a wonderful job of showing how all the ego and pride, especially for characters like Iron Man and Thor, leads to these statues of virtue making mistakes. The Russo’s have been wonderful at showing these heroes at their most fragile, tragic moments of personal weakness, just to show that they’re all no different from any of us. That despite their powers, accomplishments and heroic behavior, they are only human.

“Endgame” continues these Russo themes, not only with how these characters cope with after five years of this vastly empty world, but by how they grieve as well. Characters like Black Widow (Scarlett Johansson) and Captain America (Chris Evans) haven’t moved on, as if they wish they could have done more to stop what Thanos did. All of this is communicated through the acting of Evans, Johansson, and even Jeremy Renner as Hawkeye.

But without giving too much else away, “Avengers: Endgame” is the best ending to over ten years of cinematic development that we could have asked for. Even though Marvel is far from done, we could not have asked for a better capstone, a film that lovingly looks back to what has come before it, never losing sight of its importance. It is fun, tragic, heartwarming, pretty goofy, but always a sprawling epic and highly entertaining. Despite some narrative hiccups and a few too many pats on the back, this is one of the most entertaining cinematic experiences I’ve had in a while and one no one should miss out on. 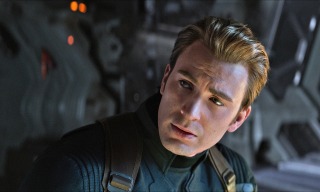