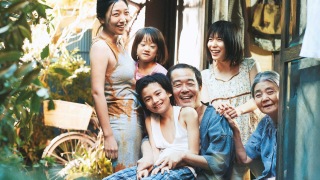 “Shoplifters” is far more fascinating to me since it came out the same year as “Roma” since both so alike and yet so different in many ways. While both films are essentially about children and raising them under less than ideal circumstances, while being raised by adults that must fight their own adversities, they take drastically different paths, resulting in contrasting atmospheres and messages. While “Roma” is one of uncertainty and the fear that comes with that, “Shoplifters” embraces its adversities, almost laughing in the face of these character’s problems. They act like they don’t have a care in the world, despite scrounging around just to make ends meet, and yet they make the most out of what they have. The bond between this hard-working, strange family is mesmerizing and unbelievably charming, watching them pull each other together like watching a broken teapot magically put itself back together again. This not only makes “Shoplifters” the most uplifting, heartfelt film of the year, but a testament to how great foreign cinema has been this year.