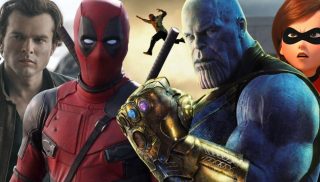 The quality of movies in 2018 came as a surprise to me. While I shouldn’t be shocked that filmmakers are creating better works of art with each passing year, I didn’t think too highly of the films released this year for a long time. Sure, there were many solid movies, including “Ant-Man and the Wasp” and “Incredibles 2” but very few films that stood out for me.

But as the year came to an end and I took the time to reflect on the best films of the year, I started to realize just how many standout movies came out in 2018. There were so many that I guess I lost track of some. Most years, I only do a top five list of the best films, but this is the first year where I need to do a top ten to cover everything I loved.

So, with all of that being said, let’s start with the same question I ask at the end of every year – Was 2018 a good year for movies?

I will remember 2018 for a few things, but the main thing will be Hollywood, not only accepting diversity, but embracing it. It no longer feels like we live in a world where every major movie has to have a straight white male in the lead role in order to succeed, but just having people in the leads and making them far more relatable than I can ever remember movie characters being in the past. It’s not just about tellling those often overlooked stories, but making them so rich, vibrant and entertaining that everyone needs to see it to believe it. For this reason alone, I’d say 2018 is an important year for film.

But beyond this, my typical criteria is that there needs to be three standout movies released over the course of the year. Ones that will be remembered long after its time in the theater is done and yet people are still talking about it, and watch it not just for the nostalgia, but because it’s just as entertainment value either hasn’t diminished or has increased. To me, three standouts make it a good year, less than that means it was a bad year, and five or more means it was a great year. 2017, for example, now has over six movies that I love now just as much as I did when I first saw them, making it a great yaer.

And in this regard, 2018 is a great year for films, possibly even better than 2017. There are so many films that I can’t recommend enough to everyone reading this. And while I don’t think there was a film that I loved nearly as much as 2017’s “The Shape of Water,” that does not diminish the personal touch of 2018, a year filled with smart, authentic and imaginative movies that should never be overlooked.

So yes, I do think 2018 was a great year for film. And to prove that, here are just some of the best films this last year had to offer and ones that I won’t be forgetting any time soon.

While the quality of the “Mission: Impossible” movies should never be questioned at this point, “Fallout” manages to out-do, not only the other films in the franchise, but any other big blockbuster in terms of thrilling stunts and effects. This is a nail-biting, thrill ride that never lets up, highlighted by some of the best acting in the series and stunts that somehow one-up each other in each scene. Some of the most fun I had in the theaters in 2018.

On the opposite end of the spectrum from “Fallout,” we have “Eighth Grade,” a comedy that excels at capturing that awkward moment we’ve all had. A time we’d all like to forget, but one that probably defined who we are. It is the most honest movie the year, with perfect casting and a sense of humor that is as unique as it is awkward.

2018 was a stunning year for documentaries. On top of films like “Won’t You Be My Neighbor,” “Three Identical Strangers” and “They Will Never Grow Old,” we also had the most thrilling, thoughtful and meta documentary with “Free Solo.” Not only is this the most stunning and beautiful documentary I’ve ever seen, making us feel like we’re rock climbing along with these people, but the tale of the documentary crew is just as entertaining as the main story, asking themselves questions about what they’re doing and if it’s ethical to film someone in such a dangerous profession that relies so heavily on their finesse. In a year filled with amazing documentaries, “Free Solo” is the one I keep coming back to.

7. “Spider-Man: Into the Spider-Verse”

Speaking of films I keep coming back to “Into the Spider-Verse” continues to fascinate me with its breathtaking artstyle, unique cinematography and animation, its love of Spider-Man’s history and lore, and its mutl-layered story about redemption and overcoming tragedy. It is not only the best animated film of the year, but possibly the best animated film since “The Lego Movie.” It is everything that is great about animation and so much more.

“BlacKkKlansmen” is the most sobering, bold and stylish movie of the year. It is overflowing with unbridled energy, showcasing the hate in the hate in the world and how it is still very much alive and needs to be addressed, all while giving us that brilliant Spike Lee style that we’ve come to know and love. On top of that, it is a brilliant thriller that teeters between mystery, suspense and comedy, making this just as timeless as Spike Lee’s other classics.

Continuing the theme that films like “BlacKkKlansmen” and “Sorry to Bother You” started, “Roma” is a daring, deeply personal told through a perspective that is often overlooked. The film often feels we’re looking back at Alfonso Cuaron’s memories and nostalgia for his childhood, but told with the clarity and percise details of a master storyteller. And even though this has the best cinematography of the year, the true highlight is the emotional performances throughout this hauntingly beautiful movie. 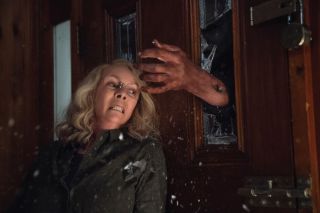 I’m surprised that I’m not seeing this film on more “Best of 2018” lists, because “Halloween” is the best slasher movie since the original “Halloween.” It elevates the genre far beyond the blood and gore, giving us a gripping, intense film about coping with trauma, survivor’s guilt and the psychology of a psychopath. Add in a complex yet emotionally gripping performance from Jamie Lee Curtis that brings in another level of menace and reflection and you get one of the best horror movies in years. 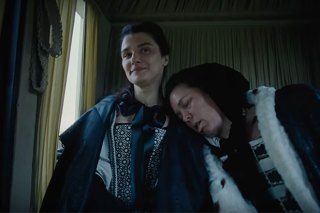 I was blown away by the elaborate detail in “The Favourite” but was just as easily impressed by the way the story balances comedy, intrigue, romance and thrills, all while coming across as so Victorian and so modern at the same time. In a strange way, it is timeless in its style and that goes a long way. The three stellar performances of its leads elevates this above nearly every other period piece I can think of, taking a genre that is known mostly for its production design and giving it some much needed life in the story and acting department.

Another film I’m surprised isn’t getting more attention right now is “Searching,” the most unique and thrilling movie of the year. Like Hitchcock so masterfully delved into our socital fears, “Searching” delves into the fears of social media and questionable choices we make in the age of Twitter and regret. It’s visual style compliments this perfectly while presenting a “Gone Girl”-like thriller that always had me on the edge of my seat, always blurring the line between the digital world we want to inhabit and the real world that we should be in. This is the movie I’ll always remember from 2018, for being unlike anything else I saw this year.

1. “If Beale Street Could Talk”

I had a very difficult time deciding what deserves to be on this top ten list, but there was no doubt in my mind that Barry Jenkin’s “If Beale Street Could Talk” deserved to be the number one. This is the most important movie of the year, a film that transcends boundaries to tell a timeless tale of love in all of its wonderful forms. In a year filled with personal films about flawed, broken people, this is the one that feels the most authentic, the most heartfelt and the most uplfiting. If you haven’t seen “If Beale Street Could Talk” yet, do yourself a favor and go see the best film of 2018.

-The Ballad of Buster Scruggs

-Won’t You Be My Neighbor?