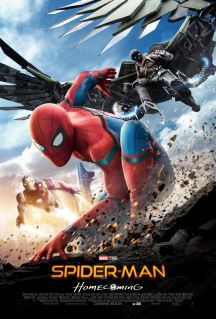 Spider-Man has always been that superhero who has delicately balanced the line between tragedy and comedy, while pulling off both effectively while also being charming. Characters like Batman and Wolverine offer up a tragic backstory that give the heroes a chance to rise again, while others like Iron Man and Deadpool tend to go all out on ego and the zany antics to show the lighter side.

Spider-Man is trickier, because of his Batman-like backstory of preventing his uncle’s death if he was not so full of himself and the challenges of growing up with super powers while learning to balance both his hero and personal lives. But at the same time, our favorite web-head is known for his comedic banter during fight scenes, as well as Peter Parker’s typical bumbling nature.

Perhaps it is because of this difficult dual nature that has made Spider-Man difficult to adapt to film in the past – Studios want to aim for one aspect of the Spidey style, but cannot do the other justice and certainly cannot balance both at the same time. Sam Raimi’s trilogy with Tobey Maguire went for a dark and sophisticated approach, with little levity outside of J.K. Simmons J. Jonah Jamison or down-right strange sequences that did not belong like the many dance sequences in “Spider-Man 3.” While the recent saga with the Amazing Spider-Man films with Andrew Garfield tended to focus more on the comedic side and handled drama and complexity about as well as a fourth-grade stage play. 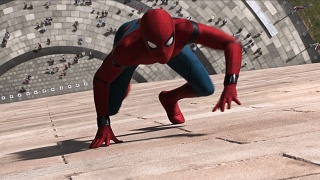 Both franchises clearly wanted a different interpretation of Spider-Man, but neither was able to capture the full picture of so many people’s favorite superhero.

The latest film attempt, “Spider-Man: Homecoming,” gets far closer than either film series before this did to nailing the dual nature of the character while still giving us a fresh take on the ever expanding Marvel Cinematic Universe and the best comedy this series has offered so far. This film does not feel like a rehash of previous Spider-Man films, thanks to the natural way characters are written and the confused adolescent performance by Tom Holland.

Set two months after the events of “Captain America: Civil War,” teenaged-Peter Parker (Holland) has been readjusting to his new life as the web-crawler hero Spider-Man, while also being under the watchful eye of Tony Stark (Robert Downey Jr.). Peter wants nothing more than to join the Avengers, but Tony insists that he stay low to the ground and help the little guy, much to Peter’s irritation. But when a new villainous gang shows up, led by Adrian Toomes (Michael Keaton), who steals alien technology and sells it on the the black market, Peter takes it upon himself to stop Toomes without getting the attention of Iron Man and has to balance his life at school at the same time.

The humor in “Spider-Man: Homecoming” feels genuine, without ever coming across as forced or searching for a joke like many Marvel movies have in the past. Instead of a one-liner for the sake of being funny, we have Spiderman hopelessly searching around Queens trying to help people in need, which results in him stopping someone from breaking into their own car and the whole neighborhood yelling at Spider-Man for setting off the car alarm. Or Peter’s nerdy yet enthusiastic friend Ned (Jacob Batalon), who learns early on about Peter’s secret identity and spends the rest of the movie asking ridiculous questions about Spider-Man’s powers and his high tech suit from Iron Man.

As a result, this ends up being the most memorably funny movie in the Marvel Cinematic Universe. While films like “Iron Man 3” or “Guardians of the Galaxy” had more laugh-out-loud moments, every joke in “Spider-Man: Homecoming” is welcomed and adds to the overall odd-ball charm of this movie.

“Spider-Man: Homecoming” focuses more on the common man than any other Marvel movie, showing how normal people would handle living in a world populated by super soldiers, gods from other realms, and alien invasions that can be thwarted by super heroes. We see this take many sides, including unbridled joy from Peter, mistrust and anger from the villain Toomes, who hates that Tony Stark has his hand in every aspect of the world including the clean up from the alien attack in “The Avengers,” and Tony himself who just wants to make a better world for the little guys.

This makes the movie far more down-to-earth and humble than previous entries, especially when a major plot point in this movie is how troublesome getting from New York City to Washington D.C. is for Peter. Far less extravagant than the Avengers movies or “Guardians of the Galaxy Vol. 2” but instead we get something far more personal and flawed.

The biggest theme of “Spider-Man: Homecoming” is the need to belong. Peter feels that his purpose in life is to join the Avengers and save the world like Iron Man, but goes about it in a juvenile and arrogant manner that gets him in far more trouble. Toomes starts out as a construction worker hired to clean up after the alien invasion in New York City, but is quickly shut down by Tony Stark’s clean-up project, and is forced into black market dealings to keep up with the Avengers and to help his family.

Toomes says early on that to keep up with the changing world, they need to change too. We now see that this world is becoming much more harsh and unforgiving now that powerful being like the Hulk and Thor are around, and extreme measures must be taken to stay relevant. This makes the struggle between Peter and Toomes feel natural and dynamic, where they just want to help the world in their own ways but have a strange way of showing it.

Which is helped even further by spectacular performances from Tom Holland and Michael Keaton, both riding the edge between manic and subtle. They both take absolute delight in being these super powered people, but never to the point where they let the power consume them. They remain grounded in reality, though Holland tends to show his excitement far more often. Keaton’s facial expressions come off as crazy, like he’s channeling his inner Jack Nicholson, especially when he interrogates Spider-Man for messing up his job. These two consistently keep the film fresh and exciting.

Overall, “Spider-Man: Homecoming” is a great slice-of-life experience in a world overflowing with superheroes. Its diverse cast of zany characters keep it from ever getting stale and were often more exciting to watch than the action sequences. The writing and comedy felt genuine and honest without ever going over-the-top. The pacing was pitch-perfect, never moving too slow to make the film drag but quick enough to always have something interesting going on. The film was able to balance the web-crawler’s dual nature well enough that both sides were portrayed fairly, and that is something no other Spider-Man film has been able to achieve.