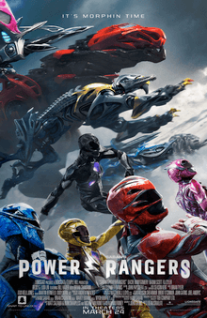 If you asked my parents what I cared about more than anything else as a child, they’d tell you I was obsessed with three things – Godzilla, Star Trek and Power Rangers. Every day after school, I would be sure to get back in time to watch an episode of Power Rangers, even if I had already seen the episode twenty times. I remember dressing up as the original blue ranger for Halloween one year, and then wearing that same outfit the next year with the addition of Worf’s sash from “Star Trek: The Next Generation.”

And while my passion for Power Rangers has died down much over the years than my love of Godzilla and Star Trek, I still keep up with Power Rangers even after being on the air for over 20 years. Every once in a while, I look back and the Rangers and realize just how corny and over-the-top it was, with bare-bones morals, dialogue with more puns than any normal human being could stand, and of course martial arts performed by superheroes in brightly-colored spandex who would be showered in sparks when they were hit.

And I loved it. I still love it today.

I find the charm of Power Rangers to be a simplistic one, cool martial arts accompanied by a catchy rock anthem and memorable giant robot fights. Let’s face it, nobody remembers the plots or messages of a Power Rangers episode, just the action sequences. Personally, I always enjoyed the giant monster sequences more than the solo-Ranger fight scenes but that might be due to how much it feels like a Godzilla movie. At its best, Power Rangers felt like a combination of a Jackie Chan or Bruce Lee martial arts film and a daikaiju movie were made into a television show.

So when the new “Power Rangers” movie was announced, I was skeptical but also excited at the prospect of the Rangers being given a massive budget. The biggest flaw of the original show was it always had a cheap budget so everything always looked fake and many shots were recycled, not to mention using almost all fight sequences for the show from a long-running Japanese program called “Super Sentai” (for example “Mighty Morphin’ Power Rangers” used most of its fight scenes from “Zyuranger”). As the trailers were released, my excitement for the film slowly died down and I realized the film was not going to be good. And I was right.

Set in the town of Angel Grove, five teenage misfits uncover five glowing coins in an abandoned gold mine. The next morning, they all discover that the coins have given them incredible strength and head back to the mine to find answers. What they find is a space ship with two alien life forms, the robotic Alpha-5 (voiced by Bill Hader) and the giant-floating head of Zordon (Brian Cranston), who tells the five they are now the Power Rangers and must defend the planet from the evil Rita Repulsa (Elizabeth Banks).

The one thing “Power Rangers” wishes to stress more than anything else is the “five teenagers with attitude” concept. Each of these five new characters has their own set of problems, quirks, and reasons to be angry at the world or rebel against the status quo. Jason (Dacre Montgomery) was a star athlete that didn’t want to be forgotten and took things too far, Zack (Ludi Lin) is a crazed kid looking for fun but wants to just get away from his sick mother, while Trini (Becky G) is confused about what she wants out of life and refuses to have any labels put on her, including her own sexuality.

But the character that gets to shine brighter than any other is Billy (RJ Cyler), who is still the token-nerd, but ends up getting all the best lines and seems to be the only one who enjoys being a Power Ranger. This time around, they made Billy autistic, as humor goes right over his head and he takes everything literally, which leads to a lot of great jokes between him, Jason, and Zack.

Looking back at the original Power Rangers, this is a nice change, since the 1990s Rangers had no real character. They were idealized goody-goods who were perfect in everything they did, whether that’s fighting monsters, school or there many extra-curricular activities. Now each of the Rangers actually feels like a human being with flaws and motivations.

However, that’s the only good thing “Power Rangers” has going for it. Out of the two-hour runtime, they spend about an hour-and-a-half developing each of the Rangers and their angst, while another twenty minutes is spent explaining a backstory most the audience already knew. There is maybe 15 minutes of action to be found here, and the majority of the hand-to-hand fight scenes are all done through fake-looking CGI.

I expected the Megazord fight to be entirely computer-generated, but to take the human element out of the martial art sequences and be replaced with more robotic-looking models than the actual robot is infuriating. There is only one scene where the Rangers fight a gang of rock monsters, and they don’t use either power weapons or use any classic music.

In fact, outside a brief five second shot, this movie never uses the Power Rangers theme song, or any memorable pieces of music from the show. Part of what made Power Rangers so memorable was the music and how effective it was matching the tension of a fight scene while also getting the audience pumped up. The music gave the show charm that it couldn’t get anywhere else. I cannot remember any of the music from this movie, outside the forced pop songs that were groan-inducing. 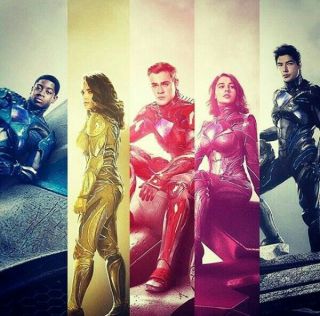 Imagine watching a Star Wars movie without any score by John Williams or the sound effects, and you get an idea of how off-putting “Power Rangers” can be.

The other problem with this film is that it takes itself far too seriously. Outside of some jokes that Billy gets, the other characters are always so serious about being super heroes that it takes the joy out of everything. For crying out loud, these five are standing in a space ship, talking to a giant-floating head telling them they’ve been signed up to be soldiers in an intergalactic war while wearing brightly colored Iron Man suits with incredible powers and get to drive around in robotic dinosaurs. At least crack a smile every once in a while and have some fun with the ridiculousness. The best we get is that Kimberley crashes a monster into the car of some girls that were picking on her, or Jason making a Transformers reference, but that’s about it.

From a fan’s perspective, “Power Rangers” is a disappointment. While there is the occasional reference to something in the series, like the Zeo crystal or the Green Ranger, the film doesn’t seem to get what made the Power Rangers so memorable and why they are still making new series over twenty years later. It’s not because of new Super Sentai footage, but because of the genuine sense of fun action that it brings. The show embraces the corny style and just rolls with how absurd things can get. But this movie only seems to be interested in teenage drama and takes every bit of dialogue or action as if it were the end of the world. There’s no sense of joy or amusement to be found here.

I would say “Power Rangers” is like a Wikipedia article – It is knowledgeable of the past, but it sucks all the entertainment of it. The film might understand Power Rangers, but it doesn’t respect Power Rangers.