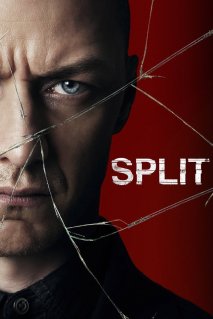 Oh, good ol’ M. Night Shyamalan. You are one of the oddest directors of the last twenty years.

Believe it or not, there was a time when M. Night Shyamalan was seen as the next big director, especially after his first big release with “The Sixth Sense.” People appreciated his suspenseful thrillers while also having very realistic and relatable characters. In fact, Newsweek released an article shortly after “The Sixth Sense,” calling Shyamalan “the next Spielberg.”

Part of me thinks that kind of press and attention got to his head and he felt that he had to keep making his films bigger and bolder every time, or else people would lose interest. The result was a long, seemingly endless, string of movies that got worse overtime, including “Signs,” “The Village,” “The Lady in the Water,” and culminating in three candidates for worst movies of all time, “The Last Airbender,” “The Happening” and “After Earth.” Those three alone would usually end the career of a normal Hollywood director on their own, but Shyamalan is nothing if not persistent.

And above all odds, M. Night has returned from the grave to direct two moderately successful movies in the last couple years, “The Visit” and now “Split.” I’ve always felt that Shyamalan is at his best when directing a horror or thriller with simple concepts, like a kid that sees dead people, or a man who discovers he has super powers, and now a kidnapper who has multiple personalities. He takes the satisfying suspense you’d find in a Hitchcock film, but gives it his own personal “twist” that often makes the whole film worth rewatching or groan-inducing. In the case of “Split,” the twist may not change the story but it is clever.

The film opens with three teenage girls, Claire, Marcia and Casey (Anya Taylor-Joy) being gassed and kidnapped. They awaken in a small room with the only way out locked, and quickly find out there is something off about their kidnapper (James McAvoy), especially when he comes in one time as a germ-aphob and the next time he is dressed as a woman who wants to make them all food. But everytime he comes into the room, each personality mentions these girls will be sacrificed to “the Beast.”

“Split” has a similar claustrophobia feel to “10 Cloverfield Lane.” There is something unsettling and off-putting about their captor, but with “Split” we know exactly what’s wrong with him – There are 23 different personalities that inhabit his body, each with their own distinctive characteristics and body chemistries.

The success of “Split” lies completely in the acting talent of James McAvoy, and his ability to bounce between the personalities, while also making each one stand out among the others. And while we don’t get to see all 23 personalities, we do understand how the hierarchy of Kevin’s body and mind works. The two lead personalities, the obessive compulsive Dennis and the stern yet motherly Patricia, control who gets to be in charge at any given time, while the artistic and self-conscious Barry is normally the personality that handles the outside world and their therapist, but the nine-year old Hedwig has the ability to take control of Kevin whenever he wants. They all care for Kevin, but think that he is weak and could never survive without their help. 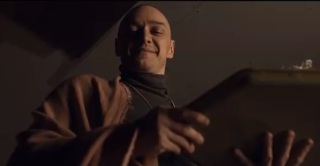 McAvoy sells each personality through facial expressions and his ability to bounce between random fits of anger and quiet outbursts. It was always clear who was in control by the look on his face, but I was never too sure when he was going to attack and lash out at the girls for attempting to escape. In the hands of a less capable actor, all of these roles bottled up in one person would have been laughable and instead becomes a terrifying horde of protectors.

Overall, it is wonderful to see M. Night Shyamalan directing compelling thrillers again. Each scene racks up the tension by revealing more about their plan as well as separating each girl from each other. It still has the Shyamalan touch though, so there are some ham-fisted moments, especially involving Casey’s backstory, but James McAvoy’s performances more than make up for that. We can finally say there is a third good Shyamalan film and that alone makes “Split” worth checking out.