In my look at the best of 2016, I mentioned there were about four films that stood out to me as truly great movies. These are movies that I will happily come back to years from now and look back on them with fond memories. But, to round this out, I will be doing my top five best films of 2016.

Keep in mind that I have not seen every movie of 2016 that I wanted to see, including “La La Land,” “Moonlight,” and “Manchester by the Sea” so this list might have some other films added to it later on. But for the time being, these are the five best movies that 2016 had to offer.

At the end, I’ll also be including an honorable mentions list with films there were good, even great in some ways, but did not make the list for one reason or another. I will also be linking each pick to my original reviews, to offer a more expansive opinion on each pick.

Okay, I’m cheating with this one by making it two movies, but I honestly could not pick which was the best superhero movie of 2016. Two vastly different movies with entirely different agendas, yet weirdly enough they are equally entertaining.

“Deadpool” takes what Marvel has been making superhero movies for the last eight years and turns it on its head and gives it a good kick in the nuts. While not deep or complex on any sort of level, the raunchy humor, over the top gore and action and a quirky Ryan Reynolds that never lets up make “Deadpool” one of the most unforgettable experiences of 2016.

“Captain America: Civil War” on the other hand is the most complex and character-driven Marvel film yet, where we see these heroes at their most vulnerable. We see the guilt and regret everyone goes through, in a world that demands this type of power be put on a leash. This is a story driven by revenge, while also giving us some down-to-earth performances from the entire cast. Not to mention, when this movie wants to be entertaining it pulls out all the stops and gives us some of the greatest sequences Marvel has filmed yet.

I honestly cannot choose between the two, so I’m just giving the number five spot to both movies. Both films are a sign that the superhero genre is evolving and still capable of thrilling us in whole new ways. 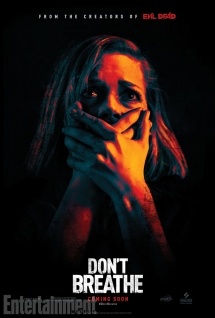 While this is the most simplistic movie of 2016, it was also a rewarding one. Set in a small yet high-tech house where nearly every appliance or object comes into the plot, we witness a home invasion tale involving two equally guilty parties, while sympathizing with both sides. Each side takes violent actions, mostly out of fear and confusion, but all they want is a fulfilling life that they are not getting and this is the only way they know how to live. Always smart and atmospheric, constantly building up the tension with great camerawork and music, “Don’t Breathe” is one of the more underrated classics of 2016. 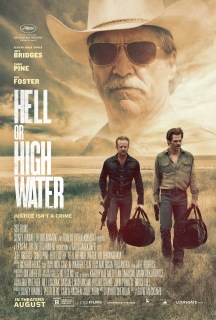 The more I thought about this modern western, the more it grew on me. This is one of the more subtle films of the last few years, where little is explained and more is shown through the acting of Chris Pine and Ben Foster. The environment is also key to “Hell or High Water,” as we see a starving Texas that is slowly being killed by the bank. Some of the more beautiful shots in this film are of the lives either being destroyed or what little remains of life, like the cattle farmers running from the flames or the vast empty planes with rusting trucks and tractors. This makes Pine and Foster’s journey less about revenge and more of redemption. Certainly worth checking out.

I adored “Shin Godzilla” from start to finish. A new take on Godzilla, both in terms of character and concept of the monster that makes this one fresh and intelligent. This Godzilla is a terrifying creature that is always evolving, and we see a world that is unprepared for such a creature become paralyzed with fear and indecision, caught up in the bureaucracy of minutiae. Every scene with Godzilla utilizes his size and mass to great effect and leads to the best cinematography of any Godzilla movie. The film is also unbelievably nostalgic without ever drawing too much attention to it, with its use of music, sound effects and Godzilla’s evolution. What “Shin Godzilla” lacks in characters, it easily makes up for it in style, atmosphere, and tone. Even if you’re not a fan of Godzilla, this is a smart, well-shot monster movie that anyone can appreciate.

For my number one pick, I went with the most important and relevant movie of 2016. A movie that is akin to others like “Contact” and “The Day the Earth Stood Still,” while showing us the strength in kindness, understanding, and communication. But the timing on “Arrival” was everything, coming at a time when the future looked bleak and in pieces, this film reminded us of hope and faith in all of mankind.

If there is a common theme among my top five films of 2016, it would be smart, well-thought-out movies that consider every scene, action, and line of dialogue important to the story and how the movie is effected by the world around us. Whether that is two brothers looking to redeem themselves in a forgotten land, a democracy responding to a living monstrosity, or how the entire world would react to aliens and their message.

“Kubo and the Two Strings”

“Fantastic Beasts and Where to Find Them”