Recently, I’ve done a bit of research on screwball comedies, in particular how to tell the difference between a screwball comedy and a romantic comedy and why screwballs died out. In films like “The Philadelphia Story” and “The Lady Eve,” it is the overbearing or controlling woman that dominates the weak and incompetent man, a reversal of the typical gender roles in the 1930s and 1940s.

Movies like “Some Like It Hot” and “Bringing Up Baby” are about mascunlinty being challenged through a comedic battle of the sexes. This thrived because women holding all the power in a relationship was new to Hollywood.

But what truly separates screwballs from rom-coms is this challenge is done almost entirely through heated verbal exchanges, always charged with sexual energy. Film critic Andrew Sarris once described the screwball comedy as “a sex comedy without the sex.” All these films came out at a time of strict censorship when filmmakers couldn’t show anything related to sex or hold a kiss for longer than three seconds, so they had to get creative by having sex through word play.

By doing this, it allowed filmmakers to tell far more riske plots that wouldn’t have been picked up normally. Case in point, 1942’s “The Major and the Minor.” The story follows strong-willed Suzanne Applegate (Ginger Rogers) quitting the New York lifestyle, having tried over 30 jobs in two years and hating them all. She decides to head back to her home in Iowa, only to find out she doesn’t have enough train fare. So she dresses up as a 12-year old girl, Susu, to pay half fare and ends up falling into a cabin with Army Major Kirby (Ray Milland), who buys that she is a little girl, but she slowly falls in love with him.

“The Major and the Minor” would not work in theaters nowadays, since it would be portrayed as a romantic comedy and it would be hard to avoid the pedophilia. But since this is a screwball comedy, of course the man is oblivious to the woman’s plan or her advances. He doesn’t see her as anything more than a child that he can help, the poor dolt.

Director Billy Wilder takes every advantage possible to show that not only Major Kirby is incompotent, but every single man in the movie. Despite trying to be a 12-year old girl, not a single male on the army training base buys the disguise, except for Major Kirby, who is too kind and honest for his own good. Every Private on the base wants a moment alone with Susu, even the ones in committed relationships, to remind her how the Germans conquered the Sudan if you catch my drift.

There are enough twists and turns in “The Major and the Minor” to keep the story from getting dull and more than enough charm in the writing to keep the laughs coming. Wilder co-wrote the screenplay and he gives every line just enough sass without being too obvious or overbearing. My favorite scene is when Major Kirby has to teach Susu about the birds and the bees, due to all the boys hitting on her, and describes her as a lightbulb attracting all the moths and that she needs to learn to turn that lightbulb down a bit, never aware that Susu has probably killed a few moths in her time. 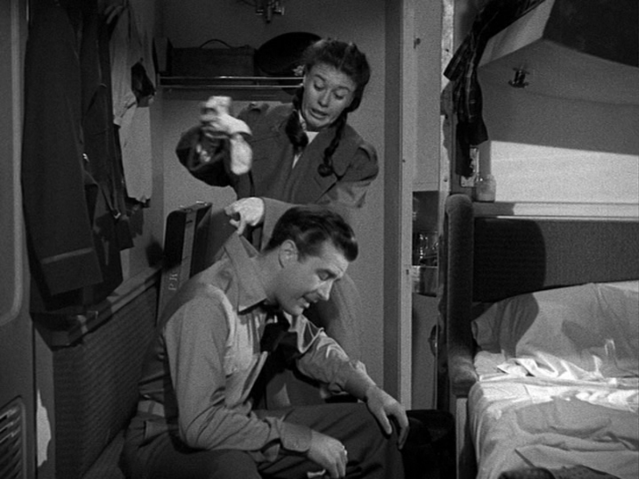 Is this the greatest screwball comedy? No, “Some Like It Hot” and “The Lady Eve” excel at turning the gender roles on their heads and spinning it around a few thousand times, but there is no denying “The Major and the Minor” is hysterical, if not a bit ludicrous, and is engaging because of Wilder’s script and the performances of Ginger Rogers and Ray Milland, who give two of the most genuine and honest performances I can think of.

Ultimately, the reason the screwball genre died out was because MPAA ratings system and the creation of R-rated films in the 1970s, as well as how modern sensbilities had changed over the years, especially the sexual revolution of the 1960s. Some elements of the screwball are still used in modern films, but the whole point of the screwball comedy is no longer valid with the strict rules of 1930s and 1940s filmmaking no longer in place. Even without those rules anymore, “The Major and the Minor” is certainly a film worth checking out.