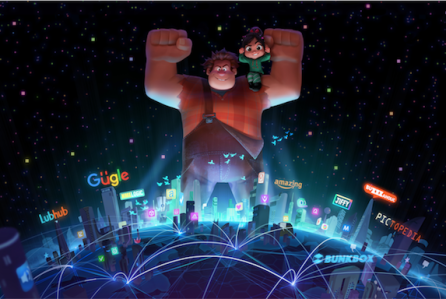 Disney is getting ready to wreck things again. The studio announced today that a sequel to the 2012 hit film Wreck-It Ralph is currently in production for a 2018 release date. Instead of video games, this time Ralph is wrecking the internet.

“From the moment we started working on the first Wreck-It Ralph, we knew there were so many possibilities with these characters,” said Rich Moore, who directed the first film and will be back for the second. “This time, Ralph’s wrecking wreaks havoc on the web, as only he can do. Characters we loved in the first film are back, and we are ecstatic to be working with them — and the actors who voice them — once again.”

Are you excited for another go around with Ralph? Or do you think there have been enough sequels created? Sound off!