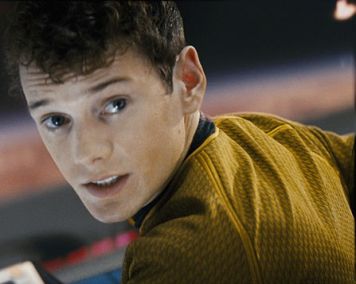 Anton Yelchin, who played Pavel Chekov in the “Star Trek” reboot died at 27.

In one of the more shocking celebrity deaths, actor Anton Yelchin, best known for his role as Pavel Chekov in Star Trek (2009), Star Trek Into Darkness (2013) and the upcoming Star Trek Beyond has died. He was 27 years old.

Initial reports from websites such as TMZ report that Yelchin died on Sunday from a “freak car accident” involving his car early Sunday morning.

Yelchin was born on March 11th, 1989 in Leningrad, Russia, SFSR, USSR (now known as St. Petersburg, Russia). His family moved to the United States when he was 6-years old. He began acting at 9 years old in an indenpendent movie called A Man is Mostly Water. Since then, he’s gone on to star in various movies such as Charlie Bartlett (2006), Terminator Salvation (2009), Fright Night (2011), and Green Room (2015). He starred on television in the short lived series Huff and had guest starring roles on The Practice, Curb Your Enthusiasm, NYPD Blue, and Law & Order: Criminal Intent.

He became widely recognized for his portrayal of Pavel Chekov, the Russian navagator of the USS Enterprise, in the 2009 reboot of the franchise.

The Star Trek community has tweeted their support to Yelchin’s family in the wake of the terrible news.

I loved Anton Yelchin so much. He was a true artist – curious, beautiful, courageous. He was a great pal and a great son. I'm in ruins.

our dear friend. our comrade. our anton. one of the most open and intellectually curious people i have ever had the pleasure to know. so enormously talented and generous of heart. wise beyond his years. and gone before his time. all love and strength to his family at this impossible time of grief.

Anton Yelchin was a superb actor. I've seen a great deal of his work. What an extremely tragic accident.

I was hoping this wasn't true. Such a talented young actor taken way too soon. Very sad. https://t.co/uaRRTJIq2w

Saddened by the tragic loss of a talented, well-loved young actor. Peace to Anton and comfort to his loved ones.

Still in shock. Rest in peace, Anton. Your passion and enthusiasm will live on with everyone that had the pleasure of knowing you.