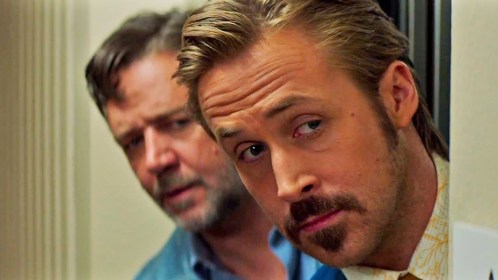 I had the opportunity to see a lot of movies this past weekend, with 3 opening this month (and 1 this weekend), while one is a bit older. Let me know if you agree with these reviews:

The Jungle Book: Director Jon Favreau helms this spectacular adaptation of Rudyard Kipling’s book. While there have been many adaptions since the Disney classic in the 60’s, this film stands out with spectacular special effects and a version that adults would love as well. The voice cast includes Idris Elba, Bill Murray, and Ben Kingsley, all bringing classic characters to life and giving the characters a new depth. Disney has done well with its live action versions of animated films, with this one extending their streak. With great returns at the box office, Disney has also looked at ordering a sequel to the film. 9.5/10

The Nice Guys: This modern noir film from Shane Black is a fun 70’s throwback and a great vehicle for Russell Crowe and Ryan Gosling, who play an enforcer and private eye trying to find the head of the Justice Department’s daughter. The film is visually stunning and contains enough action and laughter to satisfy fans of both comedy and action films. The chemistry between Crowe and Gosling is top notch as well, with them playing off each other every chance they get. If The Nice Guys does well enough, this film sets up a franchise as well. 8.5/10

Neighbors 2: The follow-up film to the 2014 hit, Neighbors 2 sets up a similar premise: Mac and Kelly are now trying to sell their home, but while in escrow a sorority moves in next door. They enlist former enemy Teddy to help drive the girls out. The film contains many hints of feminism and social commentary, but also is able to delivery consistent laughs. While Neighbors 2 isn’t set to match the original in box office numbers, it is still quite funny. 7.5/10

Alice Through the Looking Glass: The 2010 film Alice in Wonderland was a surprise hit for Disney, attracting over $1 billion worldwide in ticket sales. It’s taken six years for a sequel to be released, however, and while the film is good, it can’t rely on Johnny Depp’s stardom to drive sales. While the first film was full of action and amusing references to the original, the sequel is a time traveling adventure that gets muddled down in the middle by lots of narrative that isn’t too compelling. While the special effects are good, it isn’t enough to make this film a classic. For more free movie stream online, visit https://www.megdalor.com/2016/03/watch-movies-online-alternative.html.7.0/10