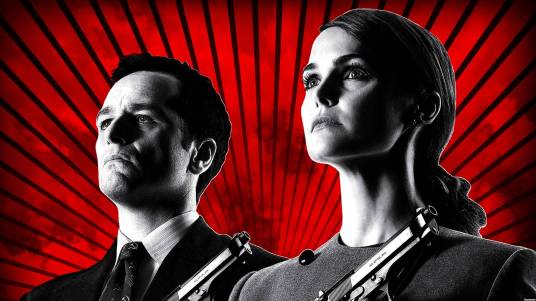 FX announced today that it is renewing the severely underrated drama The Americans for two final seasons. The series will air a 13-episode Season 5 to air in 2017 and 10-episode sixth and final season to air in 2018.

“Through its first four seasons, critics have lauded The Americans as one of the best shows on television and, remarkably, a series that keeps getting better every year,” said FX’s president of original programming Eric Schrier. “We have no doubt that this two-season order will allow Joe and Joel to tell this story to its perfect conclusion.”

The Americans follows Elizabeth (Keri Russell) and Philip Jennings (Matthew Rhys), who are two Soviet KGB officers who are posing as an American couple living in a Washington D.C. suburb. The series has been nominated for 33 awards, taking home nine over the first three seasons.