Star Wars Episode VIII is at the halfway point of production, and director Rian Johnson decided to share at least a couple of photos from filming.

Today, London’s The Daily Mail published over 20 photos of production at Pinewood Studios in Buckinghamshire. The set photos reveal the Millennium Falcon, now under the ownership of Rae (Daisy Ridley), parked on a giant set that resembles the planet seen at the end of The Force Awakens. Behind the set appears to be a round building and a courtyard with a design in the center. The building could be part of the New Republic’s capital world, Chandrila, or perhaps an old Jedi Enclave. Take a look at some of the photos: 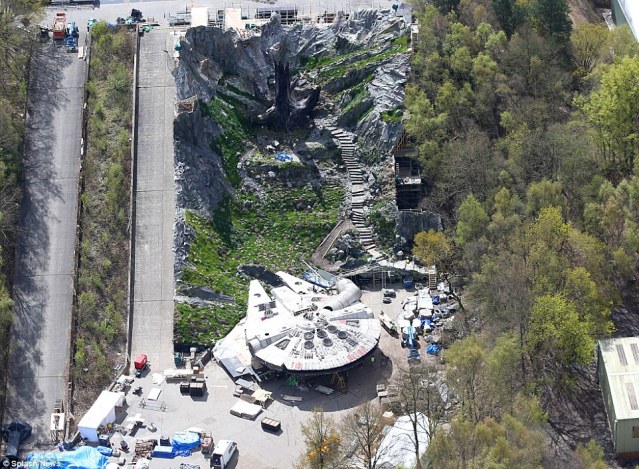 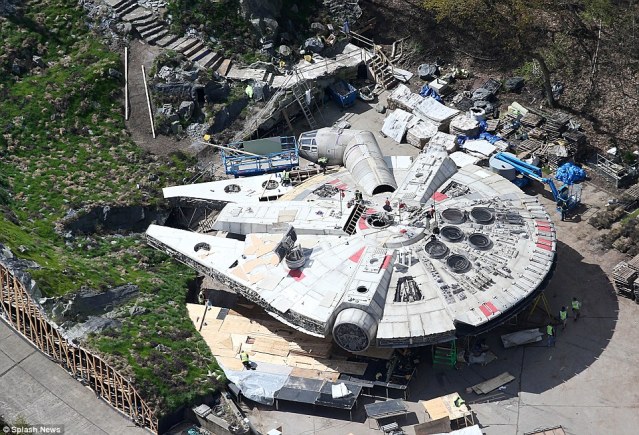 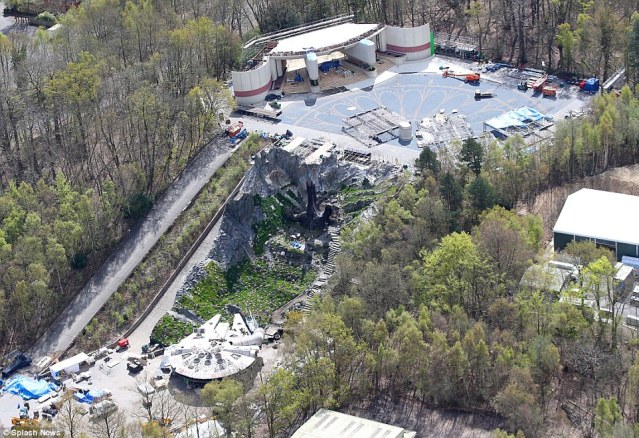 What do you think of the new set photos? Are you getting hyped for Episode VIII?