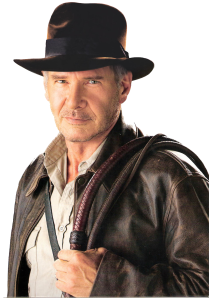 Earlier this year, Disney CEO Bob Iger confirmed that the company was moving forward with a new Indiana Jones movie weeks after the explosive success of Star Wars: The Force Awakens. The question at the time was whether or not director Steven Spielberg and star Harrison Ford would return.

That news was confirmed on Tuesday by The Walt Disney Company, which happens to own LucasFilm and the Star Wars and Indiana Jones properties.

Here’s the full statement from Disney announcing the new film:

Indiana Jones will return to the big screen on July 19, 2019, for a fifth epic adventure in the blockbuster series. Steven Spielberg, who directed all four previous films, will helm the as-yet-untitled project with star Harrison Ford reprising his iconic role. Franchise veterans Kathleen Kennedy and Frank Marshall will produce.

“Indiana Jones is one of the greatest heroes in cinematic history, and we can’t wait to bring him back to the screen in 2019,” said Alan Horn, Chairman, The Walt Disney Studios. “It’s rare to have such a perfect combination of director, producers, actor and role, and we couldn’t be more excited to embark on this adventure with Harrison and Steven.”

The confirmation of Ford’s casting as Jones deflates the rumors that the fifth entry would be a reboot or a prequel. Chris Pratt was rumored to portray a younger version of the character, but producer Frank Marshall went on record with Total Film magazine that Lucasfilm would not do “the Bond thing where we’re going to call somebody else Indiana Jones.”

At this point, there is no word on who will write the screenplay, but Deadline reports that George Lucas will not be involved in the production, much like how The Force Awakens. This is a big deal, because (according to the report), Lucas and Spielberg saw eye to eye on the script and all elements, explaining why there was such a gap between each Indiana Jones sequel.

There is speculation that Disney is purposely leaving Lucas out of the production. Lucas has been torn apart in the past 16 years due to the mixed receptions of the Star Wars prequels and of the previous Indiana Jones film, The Kingdom of the Crystal Skull.

At the moment, Ford is the only actor cast in the film. There’s no word whether or not Shia LaBeouf or Karen Allen would reprise their roles as Mutt Williams and Marion Ravenwood, respectively. We know Disney isn’t afraid to reach out to former cast members, as evidenced by the cast in The Force Awakensi, which could see a return of John Rhys-Davies as Indy’s friend, Sallah.

Are you excited for a new entry in the Indiana Jones franchise? Sound off in the comments section.