NBC is staying on Dick Wolf’s good side. The network announced today that it has renewed veteran series Law & Order: Special Victims Unit for an 18th season, while renewing frosh Chicago Med for a second. Neither doesn’t come as much of a surprise since both have been doing well for the Peacock network.

Both series released the news on Twitter with the following pictures: 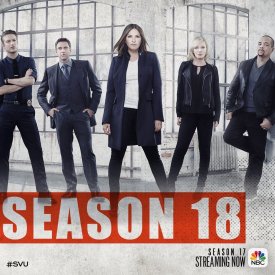