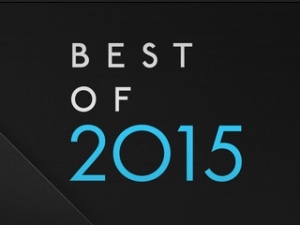 And with another year in film coming to end, it seems appropriate to finish it up on my awards for the year. This will be different from my top ten films of the year, as these will be the films that stuck out in my mind for various reasons.

Since I’ve been writing reviews, it seems like every year of cinema has gotten better than the last. 2013 had three or four stand-movies to make it a good year, 2014 was a great year with five or six films that I still love to watch, and this year was even better. Most of the cons of 2013 and 2014, like the lack of good comedies and over abundance of effects-filled movies, were fixed in 2015. We got several laugh-out-loud comedies, like “Spy” and “Trainwreck,” films with more practical effects, like “Mad Max: Fury Road” and “Star Wars,” plus a nice mix of stand-out horror films and better effects in movies overall.

And while there were more than a few movies that grinned my gears, I can think of at least eight films that I would have no problem watching times in the future. I go into a bit more detail about that in my top ten films of 2015, so be sure to check that out. Any year where more than five rewatchable and respectful movies come out is a fantastic year for cinema, so I would call 2015 a massive success.

Going in, I did not expect much out of this one. Tom Cruise is getting far too old for these types of roles, and the “Mission: Impossible” franchise seemed to be running out of ideas after the third film. But, much to my amazement, “Rogue Nation” dwelled less on stunts and more on complex character moments, giving Tom Cruise enough room to play both hero and villain. Each action piece was unique, and the pacing makes each one gripping and exciting to watch. This is not only the best film in this series, but the best spy film of the year.

In a year full of technologically impressive films, this one was tough.

Usually, I like to give this award to the film that transports us to a fascinating new world. But this year, while films like “The Martian” and “Inside Out” did just that, they always felt close to home. So I’m giving this one to “Ant-Man,” for making our world feel foreign. This film was at its best when making every-day objects feel like weapons of mass destruction, especially a toy train set. 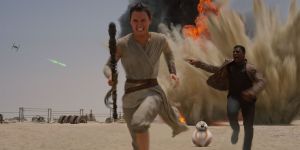 This one is a no-brainer. If you didn’t have fun with “Star Wars: The Force Awakens,” go see it again. It only gets better on the second and third viewing. Trust me, I learned that from experience.

It certainly didn’t help that I saw this one at 11 o’clock at night, after a long day of walking miles through an anime convention. I’m pretty sure I tuned out half way through this “Taken” clone.

You know, I haven’t even seen “Taken.” But now that I’ve seen so many films like it, I feel it would ruin my first experience of the film that just about everyone seems to love.

I respect “Spotlight” far too much to only watch it once. This film deserves as much attention as it can get, for being so loyal and dedicated to the truth, much like the journalists covering the story.

I rewatched “Spy” recently, and the comedy still holds up as much as it did when I saw it in theaters. The scene where Melissa McCarthy verbally destroys Rose Bryne’s character in the airplane is her crowning moment of comedy, combining her talent of insults, imagination and spunk. This film makes the best use out of McCarthy’s talent as both a comedian and an actress, while still giving plenty of great moments to Jason Statham and Jude Law. 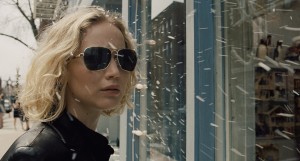 A film that I had looked forward to since the first trailers came out, and what we got was the story of a bored housewife making a mop, while everyone around her either ruins her dreams or watches soap operas. 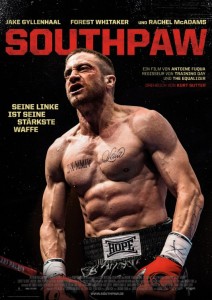 After watching “Creed,” I had utterly forgotten about seeing “Southpaw.” That film was the most cliché, predictable and by-the-numbers film of the year, with no stand-out performances, even from the lead actors. At this point, “Southpaw” has become nothing more than the butt of a joke.

Most Overrated – “The Revenant”

If this is the most overrated film of the year, then you now it has been a good year for cinema. Because there was a lot to like about “The Revenant.” Leonardo DiCaprio’s performance, the breath-taking cinematography combine with so many long takes to show case the awe of nature, and the atmosphere of isolation.

However, the pacing is excruciating at times, making the experience almost sleep-inducing at times. Since “The Revenant” came out the same year as films like “The Martian” and “The Hateful Eight,” this one seems almost forgettable.

Most Underrated – “Kingsmen: The Secret Service”

Even I had forgotten about this one for a while, since it came out so long ago.

While I did say that “Mission: Impossible – Rogue Nation” was the best spy film of 2015, “Kingsmen: The Secret Service” was the best spy film that did not take itself seriously in the slightest. This one takes the most ludicrous action sequences, villain schemes and long-winded speeches from “Spy” and “Spectre” and amps it up to 11. Yet, it never looses its sophistication, especially with Colin Firth’s character. Though there were sequences that didn’t make a lot of sense, like the all-out violent scene, and I still don’t know why Samuel L. Jackson’s character had a lisp, “Kingsmen: The Secret Service” was a blast and a hidden gem from this year. 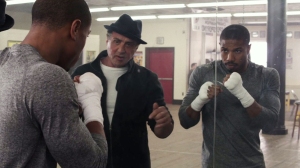 This might be the biggest surprise of 2015. In a year where we get stellar performances from Matt Damon, Leonardo DiCaprio, Charlize Theron and any role from “Spotlight,” it is Sylvester Stallone that comes away with the greatest performance of the year.

Stallone gives us a tortured and beaten soul that has given up on life, until life gives him a second chance to prove that he is still useful in this world and can continue to fight. At times, Stallone seems low on energy, but there is always that hidden power laying underneath each line of dialogue.

Most Anticipated Film of 2016 – The Japanese Monster Films to be released, in particular “Godzilla: Resurgence”

At this point in time, there isn’t a lot I’m looking forward to in 2016. Right away, we have “Kung Fu Panda 3,” “Deadpool” and “Hail, Caesar!” Later on, we have “Captain America: Civil War” and “Batman Vs. Superman.” But if I had to pick a movie to be excited for, it would be every monster film being planned for 2016. And there’s a lot.

There’s a Ultraman movie being planned for later this year, a new Gamera film has been tentatively planned for a 2016 release, and most importantly, a new Japanese Godzilla film, titled “Godzilla: Resurgence.”

Not much is known at this time about the film, but given that Toho wants to make this Godzilla even bigger than the 2014 Godzilla, while still maintaining his roots to the 1954 film, is at least promising. While the new suit has already thrown a lot of people off, I think the suit is terrifying. This is a Godzilla that has been decimated by the atomic bomb, as shown by his massive amounts of teeth (in strange place no less) and the large burn marks all over his body, and yet is still alive. It’s almost tragic in a way, a creature that should have died a long time ago, but is somehow being kept alive to suffer, and share that suffering with millions of people.

This was the only film that truly hurt me this year. “Krampus” is anti-fun, as if it is taking something away from you as you slowly descend into a tedious rage. It wasn’t funny, nor scary, and was about as whimsical as an icicle through the eye. I really don’t care if it is faithful to the legend of Krampus, because that does not make the viewing experience any better. 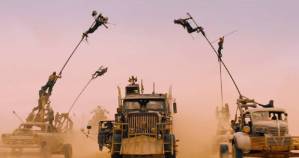 Oh, what a film! What a lovely film!