While we sit through films like the Taken sequels and Hunger Games year after year, people begin to dismiss how action is portrayed on film, making it meaningless and unexciting. We are starting to forgive what has become an absolutely reprehensible way of shooting action sequences. I know it all started with the Bourne franchise, this whole quick-cut-shaky-cam style, but I can simply not do it anymore. Amazingly, the Bourne films were able to rise above it and make it exciting, thanks to director Paul Greengrass. Then directors like Olivier Megaton see this and decide that’s how all action sequences should be shot. Terrible directors like Megaton (when you’re best reviewed film is Transporter 3, you should not be in the business) adapt this style and pass it off as entertainment, and they keep making movies because we keep giving them money! The last half of The Hunger Games simply does not have one coherent action sequence. This also goes for Taken 2 & 3 (the latter which, does not have a mere three seconds of film without cutting to another shot). 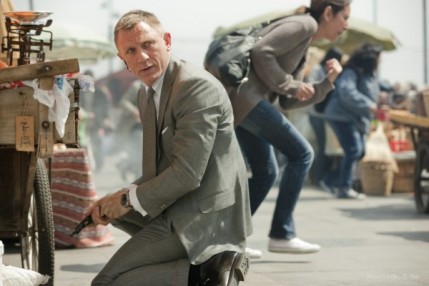 Then a filmmaker comes along like Gareth Evans and pumps out two of the greatest head-on action films, The Raid & The Raid: Berandal, forever changing how fight scenes are shot. What Star Wars did for science-fiction films, The Raid did for action films and Fury Road just did for any film ever involving a car chase (sorry Fast & Furious franchise). The action in Evans’ films are so impressively choreographed, shot, and edited that it blows me away that more films have not been influenced by them. Sure we used to get films like the first two Transporter entries where fight scenes were filmed further away and you could tell the exact geography of the characters and room, see who was fighting who and could actually tell them apart. However, what Evans does even puts those to shame. Allow me to rant about these films for a moment.

With The Raid, you feel every hit and you get the sense that these guys aren’t fighting because it’s fun to watch, they are ultimately fighting for survival. What those films represent to me is what a man, at his most primal instincts, will do in order to survive…and yes, it’s often absurdly brutal (which is exactly how it should be). What The Raid asks is the simple question of “why shoot a guy once, when you can shoot him 20 times?” I know that sounds morbid and awful, but you could argue that these films aren’t simply fun action movies, but harrowing stories of the survival instincts it takes to be a cop. I direct you to the GIF below which I believe if is the perfect example of this. Let me set the scene for you…You are the leader of a SWAT team entering a building full of drug dealers who have just put a price on your head. You are quickly ambushed, out-manned, and out-gunned. Some dude comes at you and tries to kill you. It’s simply you or him, what do you do? Again, with the GIF, you simply throw him to the ground and put a few bullets in his head. Sure one probably would have done it, but at that moment who is thinking about what’s “just the right amount” to kill someone. You do everything you have to in order to ensure that they don’t get back up and you stay alive. It’s kill or be killed, and these two films (with hopefully a third on the way) are the prime example of that.

Simply put, we want…no, we deserve action films where we can actually tell what’s going on. Because guess what! We paid $12 to see Liam Neeson murder his way back to his family without throwing up and being dizzy. To this day, I still do not know how he killed the guy in the final fight in Taken 2. Thank you Olivier Megaton for ruining what could have been a great franchise that Pierre Morel started (and should have continued given that he followed it up with From Paris with Love).

Yeah, sure there are different types of action movies. There’s the escapist spectacle of James Bond, the one-vs-all style like The Transporter, or stunt-heavy car-westerns like Mad Max, etc. There are fantastic examples all over the place and I hope we keep getting better.

Any way, that is my action movie rant for the year. It’s been a long time coming and my wife is probably sick of me talking about it. But I do this in hopes that we break this trend here and now. I mean, even Sam Mendes, who had yet to direct anything close to resembling an action sequence, took on the Bond franchise with Skyfall and Spectre and delivered a number of outstanding action set pieces. Epic, tense, imaginative, and often jaw-dropping set pieces (notably the opening sequences for each). This coming from the guy who directed American Beauty, clearly not an action director. I’m not saying everyone can direct competent action. I’m just saying everyone has the option to do so.