It baffles me that we are hardly ten months into 2015, and it already feels like a full year’s worth of great movies have already been released. If we are judging 2015 based solely on the films that have been released since January, I might say this year was better than 2014.

But we’ve still got three months to go, where we will see the end of Katniss Everdeen in “The Hunger Games: Mockingjay Part 2,” Daniel Craig turn into James Bond again with “Spectre,” Jennifer Lawrence attempting to win her second Academy Award in “Joy,” and Alejandro Inarritu and Leonardo DiCaprio team up in “The Revenant.”

Yet I still feel like I’m missing something. Something important. 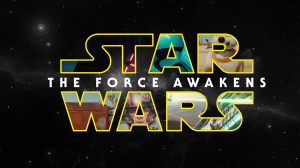 Oh yeah, that one too.

But for now, let’s focus on the films that have been released in 2015, instead of what is about to come, and ask – Has 2015 been a good year for cinema thus far? Was it a good summer blockbuster season? What were the best films up to this point?

While asking these questions, I’ll be looking only at the films I have seen up to this point, all of which you can find on my blog. This means I won’t be ignoring movies like “Black Mass,” “Everest,” “Hotel Transylvania 2,” “The Walk” and “The Martian,” even though I intend to do reviews on each of those in the near future (that will happen when you start working two jobs – you have far less free time to go see new movies).

As I mentioned before, 2015 has been a massive surprise for me up to this point. While the year started off shaky with films like “Jupiter Ascending” and “Project Almanac,” the ball quickly got rolling with fun entries like “Kingsmen: The Secret Service.” In a way, that blast of a film encapsulates the joy of film this year – It comes out of no where, while still having a great deal of focus on effects and action, but still having a level of competence that makes it a bit more than bright flashes and loud noises.

Take for example “Mission Impossible: Rogue Nation.” That was a spy film that took itself seriously during each stunt sequence to give us some suspenseful moments. You hardly even noticed the effects, because the stunt choreography was so captivating. There were few cuts from the action and the camera was positioned so that you could see every thing. “Rogue Nation” was the spy summer blockbuster to get excited about.

Were there bad films that came out in 2015? Absolutely. Aside from the previously mentioned “Project Almanac” and “Jupiter Ascending,” there was also the supremely incompetent “Terminator: Genisys.” In an age where movie franchises are all the rage now, especially to remind us of nostalgia, “Genisys” proved that it does not work for all franchises and that some should just stay dead. What was intended to be the start of a new Terminator trilogy instead became one of the lowest rated films of the summer (aside from “Pixels” and “Fantastic Four”).

There were certainly bad ones, but there are terrible films released every year. It is better to focus on the positive, rather than the negative anyway. And the good in 2015 certainly outweighs the bad. 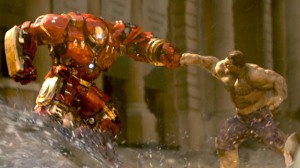 Even the films that I found to be the middle of the road, like “Avengers: Age Of Ultron” and “Jurassic World” still found ways to be extremely entertaining and worth the price of admission. The Hulkbuster sequence in “Age Of Ultron” managed to recapture the fun of “The Avengers,” by being both exciting, full of good character moments and most importantly funny. While the climax to “Jurassic World” made no sense whatsoever, it brought me back to my childhood of playing with dinosaur toys and it was amazing to watch that unfold on the big screen.

So to answer two questions at the same time – 2015 had one of the best summer blockbuster seasons in recent memory. There was a fantastic range of highly entertaining films, including thrillers (“The Gift”), animation (“Shaun The Sheep”), comedy (“Trainwreck”), science fiction (“Ex Machina”), spy (“Mission Impossible: Rogue Nation”) and mystery (“Mr. Holmes”).

Now to address some stand out films of 2015. These are my picks for the five best movies thus far. I’ll admit that my picks are quite different from others, though I’m sure the number one and two picks will no surprise anyone, as these were the two films that everyone seemed to agree on.

The more I thought about “Ant-Man,” the more I realized how subtle most of the film was, and how rare it is to see that in superhero film. Usually a genre filled with the most over the top extremes you can imagine, now we get a film about a crumbling father-daughter relationship and relies more on slapstick hijinks instead of elaborate action sequences. All tied together with a well-rounded performance by Paul Rudd to bring everything together, and “Ant-Man” is the most unusual Marvel film to date.

Number Four: “It Follows” and “Unfriended”

The biggest surprise in 2015 has to be the amount of great horror movies coming out, with “Unfriended” and “It Follows” leading the way.

In a genre that seems to thrive on jump scares and excessive blood, it is refreshing to see horror films that focus on relatable characters fighting to get out of this supernatural situation. “It Follows” was memorable for its monster and methodical pacing that begged you to take your time, while “Unfriended” had one of the coolest framing devices in recent memory that gave the movie an atmosphere that is unmatched.

Together, they give the horror genre hope for the future and us a chance to see how the world is still ready to be scared.

I might have loved this movie more than I should have, but I can’t help it – It feels like it has been an eternity since a fresh comedy was released.

“Spy” takes every opportunity to throw jokes at us, whether those are slapstick, insults or through editing. While some don’t always work, it does always feel organic due to the world they have created using Melissa McCarthy. This was her best performance to date, because her brand of insult comedy while taking a bunch in return works to her advantage in the spy world. I still get both chills and uproarious laughter when she stands up for herself.

Throw in Jason Statham for good measure, who is always good for a laugh or two, and “Spy” manages to be the funniest film since “The Wolf Of Wall Street.”

Number Two: “Inside Out”

Pixar does it again. They make a timeless film that appeals to both young and old, about something we can all understand – our conflicting feelings.

Aside from the imaginative use of the mind, subconscious, dreams, etc., it was the relationship between all the emotions that made “Inside Out” so wonderful. Their only interest is for Riley, but they all have different ways of going about it – some for protection, others for being assertive and even for empathy towards others. The challenge comes from those emotions working together to become a better person.

“Inside Out” is Pixar’s best film since “Up” and might even be better than that. It was funny, heart-warming, thought-provoking and all while having a child-like wonder of the world.

What can I say about this film that hasn’t already been said? “Fury Road” is the best summer blockbuster to come out in the last decade and is one of the most entertaining films of all time.

Without saying many words, without using much CGI, we get this rich tale of redemption and hope in a world where those words have been lost in a storm of madness and heart-pounding action that never gives up. From the first frame to the last, there is this incredible atmosphere of adrenaline and excitement, a sense that at any moment everything could be lost. While the film is effectively one long chase sequence, it is the most well-executed chase sequence in cinema history, so I have no complaints.

To top all of this off, “Fury Road” seems so simple in its execution. The film does not necessarily try anything special. It is just a chase sequence through the post-apocalypse. But each sequence has its own unique feel, as if we are watching an extended Wile E. Coyote/Road Runner cartoon. Who needs dialogue, when the visuals speak for themselves? Who needs CGI when that can look so fake, and you can do it using real cars and explosions? That is the attitude of “Mad Max: Fury Road,” and I love it.

Normally, “Inside Out” and “Mad Max: Fury Road” would be enough to make 2015 a great year for cinema, but with others like “Spy,” “It Follows” and “Ant-Man,” it gives the year a nice variety of enjoyable films that makes it worth going back to the theaters over and over again. And with even more worthwhile movies coming soon, it is sure to make 2015 even better.