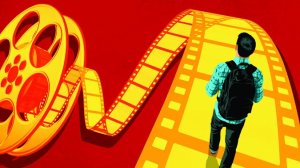 Cinema is many things to me. It goes beyond entertainment and mental stimulation, but to see the world through a new set of eyes. Every movie tells a tale that filmmakers felt needed to be said, even when all odds and forces of nature, studio and egos got in their way. It is a miracle that any film ever gets made, and it is even more of a joy when it turns out to be a glowing representation of what it means to be human.

Films can transport us to an entirely different world, where the laws of physics and reality no longer apply. It can take us back to a time that we never thought to see again. It gives us immortal characters that we adore, despise, relate, respect and most importantly observe as we embark on this journey along them. Movies can even offer us a new perspective on our world that we never would had considered, making our time on this planet so much more appealing.

Cinema can be poignant, terrifying, heart-warming, uproarious, thoughtful, debatable, tear-jerking, disgusting, and is almost always beautiful. In a sense, film can be whatever you want it to be.

Movies are a gift to the world, with each one offering a new, dazzling view of our existence. There are many wonderful things out there in the world that we haven’t seen, and film gets us a bit closer to those awe-inspiring moments in life. In fact, movies can often be those wonderful things, capturing a precious point that we can admire. 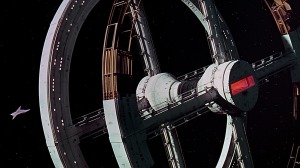 But most importantly, cinema is the ability to see the lives of every filmmaker through the lens of that camera. Their hopes, dreams, aspirations, everything they love and hate about life is put up on that silver screen for the world to see. A part of all filmmakers is put into the movie, and that gives cinema its soul.

I love cinema because it is reflective of mankind.

Welcome to a project that I’ve been working on for a very long time and have wanted to do since I started this blog – an appreciation of why I love cinema as much as I do.

The best way for me to go about doing so is to look at my favorite aspects of movies, and review the films that have stuck with me for a very long time. The films that I cannot stop thinking about and the ones that I keep coming back to, year after year, and are still as fascinated by them now as I was when I first watched them.

As such, this will be a new series as I review my top 25 favorite films of all time, starting at number twenty-five and working my way up to my favorite movie ever. I won’t be spoiling what films will be reviewed, but if you’ve followed me for long enough then you can probably guess what some of the films will be.

What I can say is that there is a wide-range of films, dating back as far as the 1930s to as recent as 2008, made by filmmakers from all over the world, creating films of many genres. 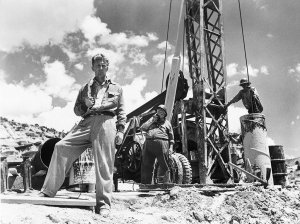 These reviews will focus more on why I love them, rather than the traditional pros-and-cons. Not that I have many negative things to say about any of these movies, since they’re all A+ material to me. These are also not necessarily what I would consider the greatest films ever made, just the ones that left the biggest impact on me and changed how I looked at movies. Though that doesn’t mean you won’t be seeing some of the films that I consider the greatest on this countdown.

So, without further ado, let us begin this look at my favorite films of all time. In the next few days, you can expect a look at my twenty-fifth favorite and the beginning of my longest series yet.