It’s that time of year again, where the awards for the best (and worst) movies of 2014 are announced. For the 35th year, one of the more entertaining awards is the Golden Raspberry Award, which awards recognition of the worst films, directors, actors, and actresses in the last year. 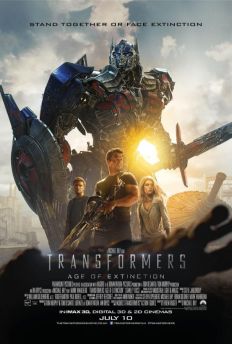 Michael Bay’s Transformers franchise finds itself on the Razzies ballot once again, leading the pack with 7 nominations.

Leading the pack with the most nominations was Transformers: Age of Extinction with seven nominations. Once again, the main “hot girl” in Michael Bay’s Transformers franchise has been nominated. This time, instead of Megan Fox (who was nominated for Teenage Mutant Ninja Turtles) or Rosie Huntington-Whiteley, it’s Nicola Peltz, who was also nominated for a Razzie in The Last Airbender.

Family Guy creator Seth MacFarlane didn’t get much for his followup to the comedy hit Ted, as A Million Ways to Die in the West (which was a critical and financial bomb).

Once again, Adam Sandler makes the list for his role in Blended. Honestly, is this much of a surprise anymore?

Meanwhile, some major stars that were popular 10+ years ago are struggling with their careers. Nicolas Cage, whose career continues to spiral into a complete joke, finds himself on the list for the critically panned Left Behind adaption of the popular book series. Cameron Diaz has the distinction of being nominated for not only worst lead actress, but worst supporting actress.

This year, a new category was added to the list, but not for bad movies. The Razzie Redeemer Award is a category that awards an actor/actress who has won the Golden Raspberry before and has managed to redeemed themselves with their work within the past few years.