“The Interview” Incident – Terrorism or Business?

Over the last few days, Sony has had made several controversial decisions regarding the release of Seth Rogan and James Franco’s new action/comedy “The Interview.”

If you want more information on what they did, here’s a link to a CNN report on their systems getting hacked.

Since this issue is related to cinema, I feel somewhat obligated to weigh in on this topic and give my two cents. A forewarning though, if you’re looking for anything political, I am not that source as I despise politics. In this world, nobody wins in a discussion of three topics – Politics, Religion and My Little Pony. Regardless of your beliefs on each topic, it’s best to just keep them to yourself.

In any case, some people have mentioned this is a major violation of our freedom of speech. That we should not be afraid of some dictator and say whatever we want about him. That North Korea has taken that right away from us and we are giving into the terrorists and letting them win.

To those people, I say that we would be if, one, we were dealing with terrorists, and two, the government was responsible for pulling “The Interview.”

Neither is the case. 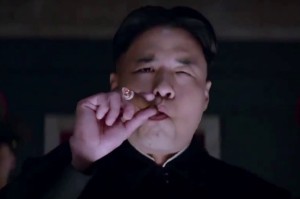 Terrorism is normally performed by a small group of rebels or faction, working independently of their own nations and taking matters into their own hands. For example, the Afghanistan government was not responsible for the 9/11 attacks, but a small group of people who wanted to stick it to America.

This is a dictator, who is full of himself, and will whine and cry until he gets his way. In this case, he does not want a movie mocking him to be released to the public. His people are merely carrying out his wishes and making sure that “The Interview” is never seen by anyone.

Which is why they have threatened to attack any theater that shows the movie. It would be the Aurora shooting all over again, except on a much more massive scale.

Say what you will about whether North Korea is serious about these possible attacks. Can we afford to take the risk if they’re not joking? If they are just making idle threats, then no harm is done. But what if they do go into every movie theater playing “The Interview” and kill everyone watching the movie?

North Korea and their leader are crazy enough to where this threat could either be fake or deadly serious.

You do not provoke the dictator with the possibility of nuclear weapons. 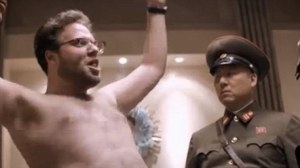 But on to the second point, the U.S. government is not responsible for pulling “The Interview,” big movie chains like AMC and Regal are. See, they are taking those threats seriously. They don’t want another Aurora incident to happen.

As a result, Sony, who is distributing the movie to theaters, realizes that no one is willing to show their movie. No ticket sales, no merchandise, nothing. If Christmas Day comes and that movie is playing in theaters, but is not showing in any major movie theaters, Sony would lose insane amounts of money.

Granted, they’ve already lost money on this movie through marketing and private screenings, since they didn’t have the courage to go and hire a digital company like SMR Digital, but that total would increase when the release date came and nobody went to see “The Interview.”

From a business perspective, it was a smart move on Sony’s part to pull the movie before release date.

It is a weird chain of events – North Korea makes threat against anyone who sees “The Interview,” AMC and Regal take threats seriously and refuse to show the movie, Sony pulls the movie to save what they can.

This is not politics or giving into terrorists. It is just business and protecting your image and customers.

Am I upset by all of this? No. The only reason I would be angry about this would be if “The Interview” was actually a good movie. But, based on trailers, premise and gags, this one looked pretty bad.

I’ve only enjoyed Seth Rogan when he is under the direction of Judd Apatow, like “The Forty-Year Old Virgin” and “Superbad.” And I don’t know what to think about James Franco anymore. The guy was nominated for an Academy Award in “127 Hours,” and now he’s doing stupid frat-boy movies, pretending to be a moron when he has proven to everything.

I had no intention of going to see “The Interview” once it came to theaters.

The funny thing though is if this movie had gone the route of Charlie Chaplins’ “The Great Dictator,” and take real-life personalities and threats but change the names and place, then “The Interview” would have been perfectly fine. Make up a fake name for Kim Jong-Un, create a fictional country and you’re set. You can still have it be about killing a dictator, but now you’re not hurting anyone.

For crying out loud, you guys are filmmakers. The scope of film knows no bound. You can create entirely new worlds, people and physics, yet you choose to talk about assassinating actual dictators who have been known to do crazy things. Be more imaginative, and we would not get these kinds of threats from North Korea.