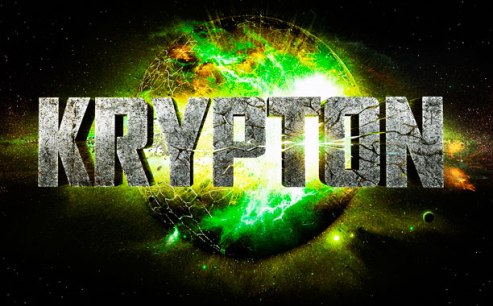 Viewers will go back further into Superman’s Origins, pre-Smallville.

If Smallville wasn’t the definitive Superman origin story for television viewers, viewers will get a chance to go back even further to Superman’s home planet.

SyFy is in the process of creating another Superman origin series called Krypton, which is being developed by Man of Steel & Batman v Superman writer David S. Goyer and Ian B. Goldberg (Once Upon a Time, Terminator: The Sarah Connor Chronicles). The hour-long drama takes place well before the planet Krypton explodes, resulting in the infant Kal-El being sent to Earth.

According to Entertainment Weekly, the series takes place “years before the Superman legend we know, the House of El was shamed and ostracized. This series follows The Man of Steel’s grandfather as he brings hope and equality to Krypton, turning a planet in disarray into one worthy of giving birth to the greatest Super Hero ever known.”

Rumors of Krypton’s development have been circulating around the internet since October, with the breakout success of the Batman origin series Gotham, currently airing on Fox.

Man of Steel gave us a look at the planet Krypton. Will the series be like this or a completely new interpretation?

2013’s Man of Steel went above and beyond what had been done in prior incarnations of Superman. Rather than just sophisticated people living in advance crystal structured houses, this version had a mash-up of sci-fi technology, mythical looking creatures, and a look at Krypton’s political system.

Since Goyer was also involved with Man of Steel, it is unknown whether or not the series will stand on its own or tie in with the Man of Steel film.

Would you have interest in watching a Superman origin series that pre-dates his youth in Smallville? Post your thoughts in the comments section.