On Thursday, MGM released the first film poster for the 24th James Bond movie called SPECTRE. The title of the film was officially revealed during a live event from the 007 Stage at Pinewood Studios. 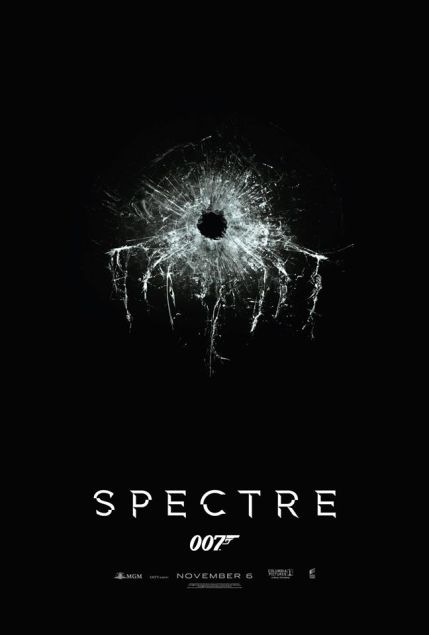 The studio released the synopsis for the film, which will be the fourth film featuring Daniel Craig as James Bond:

A cryptic message from Bond’s past sends him on a trail to uncover a sinister organisation. While M battles political forces to keep the secret service alive, Bond peels back the layers of deceit to reveal the terrible truth behind SPECTRE.”

SPECTRE (SPecial Executive for Counter-intelligence, Terrorism, Revenge and Extortion) is a well known global terrorist organization featured in the James Bond novels. SPECTRE was featured predominantly in the Sean Connery/George Lazenby films such as Dr. No (1962), From Russia With Love (1963), Thunderball (1965), You Only Live Twice (1967), On Her Majesty’s Secret Service (1969), and Diamonds Are Forever (1971). The organization was never referred to again due to a copywrite lawsuit that was recently settled in 2013, paving the way for its return in the 2015 film.

SPECTRE will also feature the return of several cast and crew from Skyfall (2012), including Ralph Fiennes as Gareth Mallory/M, Naomie Harris as Eve Moneypenny, Ben Whishaw as Q, and Rory Kinnear as Bill Tanner. Skyfall director Sam Mendes returns to helm the film and will be written by returning writers Neal Purvis, Robert Wade, and John Logan.

Are you excited for the latest entry in the James Bond franchise and the return of SPECTRE? Let us know how you feel!