I have to admit, since I decided to do mini-reviews for films I watch on DVD, television and Netflix, it has felt freeing. Over the past few weeks alone, I’ve tried to watch a movie every day and have succeeded for the most part (days that I don’t watch a film, I end up watching about four or five episodes of “The Twilight Zone” as I’ve attempted to watch the entire series).

On top of that, most of the films I’ve watched recently have all been very good movies. There is nothing like that feeling of watching consistently good movies and being satisfied with each one.

With that said, let’s look at the eight films I’ve watched recently. Starting with…

This one was weird, even for Alfred Hitchcock. Many of the master of suspense themes are in place, like the secret organization planning a sneak attack on the government, the man falsely accused of a crime, and a race around America as the man is chased by the police while trying to solve the mystery. I think of “Saboteur” as a weaker “North By Northwest.” Same basic plot and sense of humor, but a strange fixation on side characters that don’t add much to the film. For example, while the main characters are being chased down, they hide in a circus train where they meet the ‘freaks’ and we get extensive details on these characters that we never see or hear from again. Certainly not a bad film, but an odd one that focuses more on one-off characters and not the overall plot.

Just so we’re clear, this the version with Spencer Tracy and Ingrid Bergman, not the one with Fredric March.

It was hard to pay attention to this film for some reason. Perhaps it is because I’ve heard the story of Jekyll and Hyde so many times before that this is old-hat. Maybe it was due to the film moving so far away from the theme of the monster inside every man to focus on a love story that was founded on creepy and disturbing grounds. Or it could be that the film had pacing problems and moved too slow for its own good. In any case, nice split performances by Tracy but not much else to write home about.

I can’t imagine how much work was put into the matte art and matte shots throughout this film. The beauty of “Kwaidan” lies in the details and artistic choices in the background and landscape of the shots. From the snowy forest being covered by a sky of eyeballs to the ghostly terrain of a fallen Japanese emperor. Every shot is impressive in some way and the film takes time to make the audience appreciate that. Though this means the pacing suffers and makes the film drag on longer than it needs to. Still, “Kwaidan” is worth watching simply to admire how great it looks.

Without giving too much away, I would describe “Cabin In The Woods” as a movie within a movie. At first, the film seems like your typical slasher fare with the stereotypical characters from the “Friday The 13th” and “Nightmare On Elm Street” films. But as the film progresses, you learn more about this world and why the characters are acting this way. This leads to even more reveals that will make you hate the film and then feel sympathetic towards it. I don’t want to spoil it for those who haven’t seen it, but this one is certainly worth a watch. 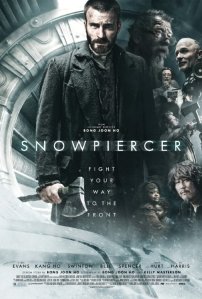 So this one is bit out there. In the future, scientists unleash a chemical that will solve global warming, only for it to backfire and cause a new ice age and kill all life on earth, except for the lucky few to board the Snowpiercer, a train that circles the world and operates by a class system – the rich people get treated like royalty and the poor are filth and live in dirt. Lots of big name stars in this one, including Chris Evans, Octavia Spencer, Tilda Swinton, John Hurt, Ed Harris and Korean film star Song Kang-ho from “The Host,” in fact this film is made by the same director as the 2006 Korean monster film, Bong Joon-ho. While there are some missing gaps in this film, like why so many people are onboard the train, how there are so many people still alive after 18 years and what makes the Snowpiercer able to withstand the absolute zero temperatures outside, it is a tightly edited piece where almost every line of dialogue has significance later on. It is a unique dystopian future film that shows just how screwed humanity is when you put all the remaining survivors on a train. 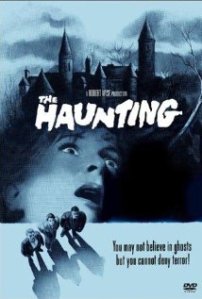 This film follows the logic that the best way to scare an audience is through their own imagination. It is your typical haunted house film, but with one noticeable difference: the ghosts are kept a mystery. Many instances of ghosts throughout the film are written off as everything being constructed at improper angles or the house being far too old. But as the opening narration describes, this is a house that was born bad. Most of the charm in this film comes from the professor as he diagnoses the house, refusing to call it haunted and instead call it diseased or crazy. This makes the decent into madness all the more realistic and terrifying as we see many things that could be ghosts, yet we’re never sure what to believe. We hear many large creatures go bump in the night, and that is when our own fear kicks in and makes “The Haunting” all the more scary.

High octane action from the beginning and this film never lets go. From bad ass one liners to “judges” dispensing their own form of street justice to guns that are voice commanded and can fire all sorts of high explosive rounds to bad guys getting shot in slow motion. The plot is simple: Judge Dredd (Karl Urban) and his rookie cop are trapped in a 200-story building with hundreds of drugged-up criminals who want to kill them for their gang leader, Ma Ma. If you’ve seen “The Raid: Redemption” this is very close to that, only with less martial arts and more explosions. This one is a fun mindless ride that will keep you smiling all the way through. 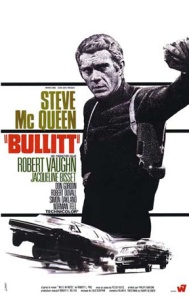 You know, when people talk about this movie, they only mention one scene: The car chase across the San Francisco landscape. Some might talk about the cool Steve McQueen but that isn’t limited to this film. I will admit, the car chase scene is impressive and is edited so tightly that it keeps you glued to the action. But outside of that scene, there is not much to this film. It is your typical cop who plays by his own rules film with lots of legal jargon that does not mean much. The final battle in the air field through the airport is fun to watch but does not live up to the chase.