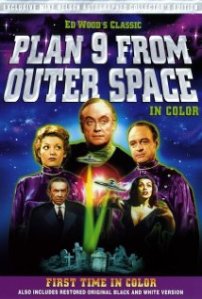 When people discuss the greatest movie ever made, it will usually lead to an intellectual discussion between movies like “Citizen Kane,” “Vertigo,” “Casablanca” and “2001: A Space Odyssey.” But when people talk about the worst movie ever made, it is filled with laughter and pointing to two movies in particular: “Plan 9 From Outer Space” and “”Manos”: The Hands Of Fate.”

These two films have been the laughing-stock of all cinema since their creations in 1959 and 1966, respectively. With laughable effects, the worst acting you’ve ever seen, plot lines that wouldn’t even cut it in a mediocre daytime soap opera and cinematography that looks like it was filmed through garbage.

“Plan 9 From Outer Space” was the “masterpiece” of the infamous B-movie director Ed Wood, who was known to make movies for little to no cost and in a hurry. As you can expect, his work suffers because of that. The plot follows a group of aliens who intend to resurrect our dead to build up an army and take over the planet, or at least that’s what I think is happening. It’s so hard to tell with these flamboyant aliens and their spaceships that look like nipples.

“Manos: The Hands Of Fate” was funded entirely by one man, who owned a fertilizing plant in Texas, and was filmed on an ancient camera that was fixed to shoot for roughly 30 seconds at a time. Apparently, the editor chose to not cut any shots sooner than that because every shot goes on for longer than it needs to, just showing the actors standing there looking like idiots.

While I could (sort of) describe the plot of “Plan 9,” I cannot do the same for “Manos.” I would need multiple flow charts and diagrams to describe what happens in this mess. There’s a family going to resort, lots of driving and getting lost, they stumble across a lodge that’s owned by a man who gigantic thighs (he must love his Bo-Flex), the family finds a tomb at the back of the lodge with a man worshipping the god “Manos” and has six wives and there’s a lot of screaming, wrestling and Thigh-Master trying to get laid. Oh, and there’s a couple making out close by that keep getting interrupted by the cops.

The cherry on top of this disaster sundae? “Manos” is Spanish for “hands.” So the correct title of the film is “Hands: The Hands Of Fate.”

These two tragedies of filmmaking were made by people who loved movies, but did not really understand what separates a good movie from a bad movie. They made what they saw in their heads, but only saw that vision and nothing else. They didn’t realize their own vision was blurred and made no sense to anyone else.

To these guys, they got the film they wanted and were proud of that. But what we got were two candidates for the worst films ever made.

As much crap as “Plan 9” and “Manos” get, we still talk about these movies and continue to watch them. Both of these movies were made famous by “Mystery Science Theater 3000,” a show all about watching terrible movies and ripping them apart. “Manos” is considered one of the best episodes of the series and “Plan 9” has spawned multiple live riffings by the cast of MST3K.

These films are making people laugh hysterically at the characters, effects, editing, direction and plot. Hell, I even laughed a couple of times while writing up the synopsis of “Manos” and remembered how insane that movie was.

One of the biggest reasons people watch movies is to be entertained. Whether that is through excitement, drama, laughter, suspense or any number of reasons, if a film is consistently keeping you entertained and happy, then that movie is doing something right.

Though “Manos” and “Plan 9” are not being enjoyed the way the filmmakers originally intended, people get a kick out of watching the lead detective in “Plan 9” twirl his gun around like it’s a toy, blissfully unaware that he’s holding a live firearm. Or watch Torgo (the guy with the massive legs) try to stand up, only for him to take over 40 seconds to do so. 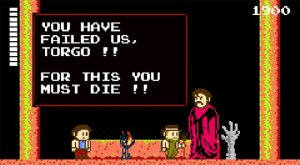 That’s the secret to movies which fall under the “So bad, it’s good” category. From a technical level, they are the bottom of the barrel and don’t deserve to be seen even once. Yet I can honestly say that I’ve sat through “Manos” and “Plan 9” multiple times. All willingly.

Why? Because there’s a charm to watching a filmmaker aim for their work to say something and think so highly of their movie, only for it all to backfire in their own face and watch the movie implode in on itself. I have a great time laughing at how long and unnecessary the shots are in “Manos.” I love the opening narration in “Plan 9” that explains nothing. Open up a beer, get a bunch of your friends together, and you’ll have a blast ripping these movies apart.

Unintentional or not, “Manos” and “Plan 9” are great comedies that show the lower points of cinema and how fun it can be. And if that’s the case, can they really be considered the worst films ever made? Because I don’t think so. 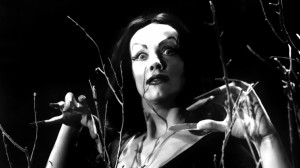 But then, what do I consider the worst movie ever created? Stay tuned, because in the next few days, I’ll unleash the greatest horror the silver screen has ever seen.