Kristen Stewart dropped from next “Snow White & the Huntsman” film 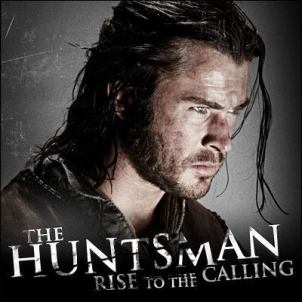 Chris Hemsworth will star in “The Huntsman,” a prequel to “Snow White and the Huntsman”

Universal Pictures announced that there will be a new entry in the box office success that was Snow White and the Huntsman — but it won’t include star Kristen Stewart or director Rupert Sanders.

On Thursday, Universal issued a release date and details that the new movie will be called The Huntsman and is a prequel to the 2012 film, focusing on the the Huntsman’s backstory and feature the return of Charlize Theron as Raveena.

Initial rumors went around the Internet that the film would be a sequel and primarily focus on the character of the Huntsman (played by Chris Hemsworth) and that Kristen Stewart’s Snow White character would have a small to non-existant role. Instead, the studio decided to go the prequel route, distancing itself from the first film and dropping Snow White completely out of the plot.

The Huntsman will be released on April 22nd, 2016. The date was initially reserved for Universal’s reboot of The Mummy but moved the release date back to June 24th, away from a crowded May featuring Captain America 3 and Batman v Superman: Dawn of Justice.

Snow White and the Huntsman was a box office success but was met with mixed reviews. Critics praised the performances of Chris Hemsworth and Charlize Theron, but Kristen Stewart was criticized for her wooden acting, winning a Razzie for Worst Performance in a Film. Things didn’t get much better for Stewart when it was revealed she and director Rupert Sanders were having an affair a month after the film was released, prompting Universal to distance themselves from both Sanders and Stewart.

How do you feel about the prequel? Are you more likely to see it now that Kristen Stewart is not involved?