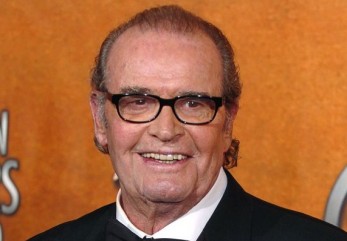 Hollywood lost one of its iconic actors when actor James Garner passed away Saturday night. He was 86.

According to TMZ, an ambulance was dispatched to Garner’s house in Los Angeles around 8 o’clock PM. By the time the paramedics arrived, Garner was reportedly dead at the scene.

The cause of death has not been determined, although Garner had his share of health problems in recent years, including a minor stroke in 2008.

The legendary actor was well known for his roles on television as Bret Maverick in the Western action/comedy series Maverick and as Jim Rockford in the 70’s crime drama The Rockford Files. He also starred as Jim Egan in the ABC sitcom 8 Simple Rules after the death of star John Ritter during the show’s second season.

Garner found major success on the big screen, starring in over 50 films including The Great Escape (1963), Hour of the Gun (1967), The Americanization of Emily (1964), Victor Victoria (1982), My Fellow Americans (1996) and The Notebook (2004). He was nominated for an Academy Award for his performance in Murphy’s Romance (1985) and starred the film adaption of Maverick (1994) starring Mel Gibson as Bret Maverick.