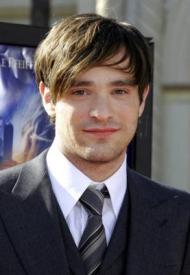 Matt Murdock is coming to the Marvel Cinematic Universe, courtesy of Netflix.

Today, Variety reported that Boardwalk Empire’s Charlie Cox has been cast as Matt Murdock/Daredevil in Marvel’s 13-episode series Daredevil. The casting will mark the first live-action portrayal of the blind superhero since 2003’s Daredevil, starring Ben Affleck as the titular character.

The series, set to air in 2015 exclusively on Netflix, will take place in the established Marvel Cinematic Universe, meaning there is the potential for cameos and various references to Iron Man, S.H.I.E.L.D., Captain America, Thor, and the Incredible Hulk.

Daredevil is the first part of Marvel’s plans to feature four shows featuring Daredevil, Jessica Jones, Iron Fist, and Luke Cage. According to Deadline.com, Netflix has committed to at least four, 13-episode shows to span the next few years and “culminating with a miniseries, The Defenders, that reimagines a dream team of self-sacrificing, heroic characters.”

Filming for Daredevil will start this July and will be filmed in New York City.

The casting news comes out a few days after Drew Goddard (Cloverfield, The Cabin in the Woods, World War Z), a veteran writer of shows such as Buffy the Vampire Slayer, Angel, Alias, and Lost,  left the series as showrunner. Writer & executive producer Steven S. DeKnight (Smallville, Buffy the Vampire Slayer, Spartacus) was hired to take over as showrunner. Goodard will remain as an executive producer.

Are you happy there will finally be a replacement for the 2003 film? Do you approve of the casting? Post your thoughts in the comment section below.