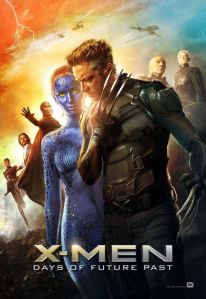 The “X-Men” film franchise as has a bumpy road. It initially started out lukewarm with the release of the first two films, which were received with mixed reviews and decent box office success. “X-Men 3: The Last Stand” though was considered a disappointment on all fronts and some thought it would signal the end of the franchise. Things got even worse with the next entry, “X-Men Origins: Wolverine,” which signaled that they needed to take these films in a different direction.

However, it seems that these problems are being fixed with the most recent entires, “X-Men: First Class” and “The Wolverine.” The former brought a new spin on the classic tale of Professor Xavier and Magneto, while staying true to their roots, along with spectacular acting from everyone to make for one of the better super hero movies. “The Wolverine” was a fun romp that had stunning cinematography and acting on Hugh Jackmon’s part.

Which brings us to the newest film in the series, “X-Men: Days Of Future Past,” as it attempts to combine the timeline of “First Class” with that of the first trilogy. Yet this movie manages to take the strengths and weaknesses of both series and find an odd middle ground, where it is both entertaining and boring at the same time.

In the far off future, a breed of super adaptive killing machines, known as Sentinels, have taken over the world and have enslaved both humanity and mutants alike. The planet has become hell on earth, as the remaining survivors are hunted down. Some of these survivors include the remaining X-Men, Professor X (Patrick Stewart), Storm (Halle Berry), Wolverine (Hugh Jackmon) and their once bitter rival Magneto (Ian McKellen).

The group travels to the vast mountains of China to discover a way to rid the world of Sentinels before they were created, by traveling back in time. Wolverine is sent back into his younger body during the 1970s and now must find a way to bring a young Professor X (James McAvoy) and Magneto (Michael Fassbender) together to stop Mystique (Jennifer Lawrence) from killing the man that would launch the reign of the Sentinels. 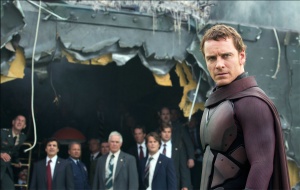 If you can’t tell by the plot description, this is intended to be an epic film. With a wide range of actors from all across the board, two interwoven plots of a post-Vietnam War past and a post-apocalyptic future where we are one the verge of extinction. Several people are playing the same characters at varying ages of their lives and everything in the “X-Men” franchise has been building to this one moment.

So, why is it that this feels a bit underwhelming?

To be honest, some of the moments that stuck out to me where the ones that drifted so far from the dire situation of the future and how imparative it is that we stop the Sentinels. The scenes where Wolverine is cracking jokes at being back in the 1970s, yucking it up with a young Professor Xavier and Beast.

But in particular, the scenes with Quicksilver (Evan Peters), who is a cocky speedster as he ruffles through people’s wallets before they even realize what happened, plays Ping-Pong and Pong by himself and gets a massive score going in moments. 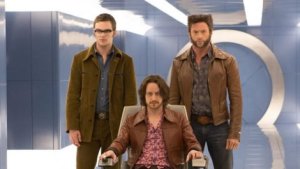 It’s too bad his involvement stops after they get Magneto out of prison for supposedly killing JFK. His scenes are there solely to set him up for “The Avengers 2” and now I am anxious to see what they do with him.

The reasons these scenes stuck out to me so much was not just because the comedy felt genuine, but because it showed that the film was not afraid to show its lighter side. To kick back and relax every once in a while, even though the scenes set in the future do not carry much weight.

We only catch a glimpse of how bad the world is because of the Sentinels. We see a little bit of New York, with a concentration camp in Central Park, but that’s about it. I don’t get the feeling that these robots have what it takes to make the planet like this. We see just a few mutants take down several Sentinels with ease or merely rewrite time so that the mutants weren’t there in the first place.

It undermines the strength of your villain by making the heroes so powerful and equipped with so many weapons, including time travel. As a result, any time they cut back to the scenes of the future, I found myself uncaring about anything that happens and wanting more scenes with Quicksliver.

That being said, when the film cuts back to the 1970s, it was much better. Continuing off of the events of “X-Men: First Class” both Professor Xavier and Magneto are at their lowest points in life, where they are either crippled with guilty, fear and regret or being hunted down after having your comrades experimented on.

This leads to some touching performances from James McAvoy and Michael Fassbender as they lay their emotions on the table for everyone to see. They do not pull their punches and hate each other more than ever. Yet there is still that glimpse of respect for one another that drives their relationship. No matter what the other does, they will still be there for each other. 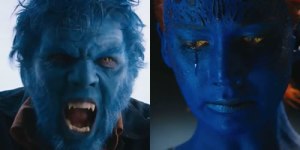 In fact, the highlight of the film was the acting. Aside from a wasted Ian McKellen and a withering Patrick Stewart, everyone turns a solid performance that gives each of their actions weight and significance. Hugh Jackmon is allowed to give Wolverine a bit more charm and wit to his character as he messed around with his young friends. Jennifer Lawrence has her usual charimsa that people have come to love her for, plus looking naked most of the film is nice plus. Peter Dinklage plays the scientist who created the Sentinels and he makes for a sympathetic character who respects mutants but understands that they could be a serious threat if left unchecked, as he works his way into every meeting with congress and the president to promote his latest project.

If the film were just scenes from the 1970s and kept Wolverine being from the future as ambiguous as possible, it would have been a smart, suspenseful and edgy sequel to “X-Men: First Class” with some great performances and good comedy. But because of the constant need for time travel and going back to the future, the film feels cluttered and poorly edited. With no sense of drama or weight in the future, these scenes are forgettable.

Overall, “X-Men: Days Of Future Past” had its fun moments but is brought down by how messy it could be at times. It worked better when it strayed away from the action and focused more on the comedy and realtionships between characters. Of all the “X-Men” films, this one was good but not up to par with “X-Men: First Class.”