Editor’s note: In a day full of scandal, it is nice to hear something good about a show that promotes diversity among its coaches, contestants and fans. It is apparent that singer Gwen Stefani will bring a nice added energy to the seventh season of The Voice. 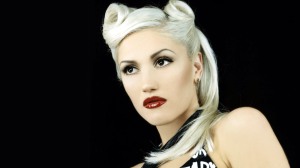 Stefani and Pharrell Each Set to Perform on Monday, May 5 Live Telecast

A singer and song writer since childhood, Gwen has sold close to 30 Million records worldwide as the front woman for the band No Doubt and as a multi-platinum solo artist. No Doubt’s five genre-blending albums have showcased Gwen’s adept songwriting and poignant lyrics with number one hits including “Don’t Speak”, “Just a Girl”, “Hey Baby” and “Underneath It All”.

After No Doubt’s double-platinum retrospective singles collection The Singles 1992-2003, featuring the hit single “It’s My Life,” Gwen released two multi-platinum selling solo albums. Love.Angel.Music.Baby was released in 2004 with the number one single “Hollaback Girl” which was also the first digital download to sell over one million copies in the United States. The album also spawned the hit single “Cool.”  Gwen’s second multi-platinum solo record The Sweet Escape was released in 2006 and featured the hit single of the same name. In 2009, Gwen returned to No Doubt for a 50-plus city North American tour and in 2012, the band released their sixth album Push and Shove which debuted at #3 on the Billboard Top 200 Chart.

In addition to her singing-songwriting career, Gwen is widely recognized as a trendsetter and accomplished designer within the fashion industry. Gwen’s first fashion line L.A.M.B., launched in 2003, is a luxurious collection of clothing, accessories like minimalist watches, handbags and shoes, defined by Gwen’s innate sense of style which often features a playful juxtaposition between classic Hollywood movie star glamour and more modern street influences. In 2005, Gwen launched cult brand Harajuku Lovers, a playful and pop art inspired line that reflects Gwen’s love of Japanese culture and fashion.  Gwen’s most recent fashion projects include DWP (Design With Purpose) the already sold out casual yet luxurious ready-to-wear line that launched in February 2014 and Gx – a line of affordably priced fashion forward accessories that launched in March 2014.

Gwen is also actively involved in her charitable efforts, namely the EB Medical Research Foundation and Save the Children.

“The Voice” is a presentation of Mark Burnett’s One Three Inc., Talpa Media USA Inc. and Warner Horizon Television. The series was created by John de Mol, who serves as executive producer along with Burnett, Audrey Morrissey, Stijn Bakkers and Lee Metzger.

As a way to introduce the two new coaches to viewers, Pharrell — a Grammy Award winner and Oscar nominee — will perform his new single “Come Get It Bae” from his current album “Girl” and Stefani will perform her No.1 single “Hollaback Girl” from her debut solo album, “Love. Angel. Music. Baby” on the Monday, May 5 live telecast.