The Coen Brothers and their problems

This is something I’ve briefly talked about in the past, but I find the Coen Brothers films to be extremely mixed. Some of their films are magnificent and timeless, like “Fargo” and “No Country For Old Men.” While others leave a bad taste in my mouth and ultimately feel like nothing was accomplished, like “Miller’s Crossing” and “Inside Llewyn Davis.”

I feel there is a common thread amongst the Coen Brothers goods films and their bad ones: The presence of good and strength in an otherwise cruel and unforgiving world.

There is a phrase from that has stuck out to come for quite some time. “You are alone in this world, and the world does not care.” I feel that the Coens’ films follow this to a tee. Their films are about, more or less, solitary struggles to survive in a world that is uncaring, unsympathetic and will probably take a shot at you for good measure. The characters work independently and are often afraid of outside contact, in fear that they will turn on them as well.

My problem with this type of philosophy though is that it doesn’t necessarily reflect real life. We are not alone. There are always those who care and appreciate others. If someone has ever reached out to help you in any way, shape or form, that is proof that you matter to someone. Because humans are compassionate and understanding creatures, among other things.

However, that does not mean we should be blind to the cruel aspects of life as well. The world can be harsh and dark, thus making the journey difficult. We’ve all had instances in life where things didn’t go the way we wanted it to or have had tragedy befall us. The power of life and its twists and turns comes from your ability to come back from these hardships and learn from them. To be able to pick yourself up, realize what happened, admit your mistake and make your life better because of it.

This is the backbone of the good Coen Brothers movies. In “Fargo,” you have Marge Gunderson, a cop who sees the terrible acts of selfishness and greed that people commit. She is the best cop around, easily outsmarting her fellow cops and is able to find out information in minutes that other officers couldn’t find out all morning. Yet, she has the most pleasant attitude and demeanor to all of it, always going in with a smile and seeing the best in people. Even better, she is seven months pregnant and has a caring husband who is always there for Marge, even willing to get out of bed at four in the morning to make her some breakfast.

Marge and her husband, Norm, are what make “Fargo” the masterpiece that it is. If they were removed from the film, it would just be a dark comedy about a group of incompetent losers who can’t figure out how to handle a proper kidnapping. When you add in Marge and Norm, you see that, amongst the pathetic people in the world, there is solace. These two have their lives figured out. They may not have the most extravagant lives, but they are content with where they are and happy to have someone who cares for them. They don’t need money or objects to tell them that they’re doing good, they have each other for that.

I find that Marge is comparable to Atticus Finch of “To Kill A Mockingbird” in this respect. Both of them live in a world that is cruel and selfish, yet they only wish to see the good in the world. They don’t want wealth, just happiness and an equal world for all. They are both people far ahead of their time and represent the best of humanity.

In a not-so-similar way, you have Llewelyn Moss from “No Country For Old Men.” While he may not be morally up there with Marge, he does sit higher than most other people in the film. Some people are so confused and angry at the world that they are unsure what to do once danger comes and then there’s the danger itself, Anton, who is clever but only interested in killing. Unmerciful, crazy and dedicated to the craft of death that even he doesn’t seem to know what he’s doing.

Llewelyn finds a large case of money and intends to use it so he and his wife can live peacefully. It isn’t until he is hunted down for the money that he takes action. He doesn’t seek it out, it comes to him. He does not fight back for a selfish reason, but for his wife and their happiness. He is strong, incorruptible and, most importantly, confident.

These are the characters and traits that make the Coens’ films so appealing to me. Its not just the dialogue, the worlds they create or the smart blend of comedy and dark elements, but the ability to find strength and kindness in the world when there is none anywhere else. To take the time to enjoy the smaller aspects of life, such as your husband bringing you a bag of night crawlers for fishing or sharing a beer with your wife.

When these elements are not present, suddenly the film is only about the cruelness of life and how unforgiving it can be. Films like “Barton Fink” or “Blood Simple” offer only the unpleasant elements of life and give us very little reason to care about the outcomes. As a result, these films stick out far less than “Fargo” or “No Country For Old Men.” 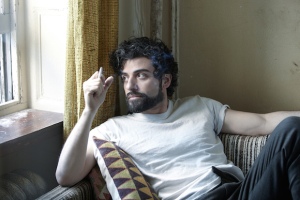 The reason I hated “Inside Llewyn Davis” as much as I did was not because the main character was insufferable and the pacing was atrocious. I could forgive those elements, if it weren’t for the film constantly insulting its characters and being pessimistic about every little detail. To me, that is not fun to watch. If there is no hope or gleam of light, a sign that things are not as bad as they seem, then why should I care about the outcome?

There is certainly a place for those kinds of stories, but they will always leave a rotten taste. Which is why I think the Coen Brothers are so hit-or-miss. When they focus on merely the nasty elements of life, then you get a dark comedy. When they bring in thoughts of strength into a feeble world, then they get a masterpiece.