Reality Television – Is it any good?

Television, much like film, is about playing to your audience. Outside of news broadcasts and talk shows, television shows are an illusion. If the show does something out of place, odd, inconsistent with the everything else or just plain stupid, then the audience is going to notice this, thus breaking the illusion.

It is much like a magic trick. A good magician will make you believe that he just sawed a woman in half, while a bad magician will never draw you in from the beginning. The audience is intelligent enough to know it isn’t real, but a good enough magician can make the audience forget that.

Television and film works in a similar manner. Too many inconsistencies or flaws, and the audience will lose interest.

This is possibly why reality television saw a gigantic rise in the late 1990s and early 2000s, but also, for that very same reason, why it has declined in recent years.

When reality television began, it was simple, straight forward to spoke directly to its core audience: Young adults and teens. Shows like “The Real World,” “Big Brother” and “Survivor” were the first to begin this trend.

The people, especially in “The Real World” broke away from the standard norm of other shows and tried to tell the story of every day people. There were no tricks or flashy effects, just normal people who have a camera following them around. You got to see the insides and outs of their lives and people adored it.

“Survivor” thrived due to its attempt to say “these people are literally stranded on an island and must outthink, outwit and outlast everyone else to survive.” For the first few seasons, this idea was the focus of the show, people living in inhospitable environments to see who is the toughest. Simple yet captivating.

It was because of shows like these that caused a gigantic boom of reality television shows. They were the most basic magic trick that television could pull and it was working wonderfully.

Perhaps because the trick was too basic is why we no longer see this genre work as well as it did. There are certainly reality shows still around, but they’ve either been pushed to the far corners of television, like any show on MTV or VH1, or have become the butt of many jokes, like Juan Pablo of the most recent season of “The Bachelor.”

Shows like “Survivor” worked because they kept its core idea to a minimum and focused on that. When you try to expound upon that and make it something far more than that, the illusion of it being “reality” is broken.

These are no longer the stories of real people. They have been removed from reality and have become scripted. Real life has no script, no planning or even much of a point. Now if you watch any show attempting to be like “The Bachelor” or “The Bachelorette” you’ll see artificial challenges added in or people changing their attitudes and personalities for the sake of the show.

Even shows that once were the basis of all reality shows has lost their edge, specifically “Survivor.” I said that the first few seasons maintained the point that these contestants had to survive on their own with no help from any one else. That is true, if you look at some of the screenshots of contestants from earlier seasons, you’ll see they’ve been reduced to practically a skeleton by the end of the season.

Now, that’s not the case. They look just as healthy and fit by the end as they do from the beginning. That is because the crew now keeps the contestants well fed, bathed and taken care of when they aren’t filming. They are not surviving on their own, but are being treated like actors. It removes the whole point of being a “reality” show.

In a way, reality television has simply become another way for people to get their fifteen-minutes of fame. To glorify themselves on camera for the world to see.

So does this mean there are any good reality shows still on television? To me, there are still a few.

The first which comes to mind is “The Amazing Race.” When it started, it felt like an imitation of “Survivor.” As the latter deteriorated, the former stuck to its roots and kept the show focused on the competition and the personalities of the contestants. The show has necessarily changed since it started, but it didn’t need to. 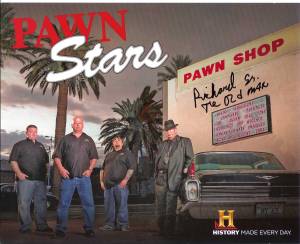 Another would be “Pawn Stars.” This one is more in line with “The Real World,” as it is about the lives of these gentlemen who own a pawn store. That’s it, there is no gimmick or anything added in by a producer. These are their lives and we watch, learn and laugh with them.

To me, that is what reality television should be. It is unmanipulated, uninterrupted and unaltered life. It is an attempt to get as close as possible to the insane randomness of life. We don’t seek it for intriguing plots or wonderfully written characters, but because this is who we are and why we do what we do.