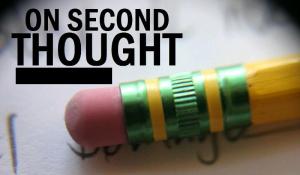 Because of the many award-winning films that came out around its release, “Saving Mr. Banks” was passed by and mostly forgotten. You don’t see many people talking about it or mentioning that it was a good film that was worth seeing.

Why is that? Was it merely because of all the other films that came out around the same time? Possibly because “Frozen” was a much bigger Disney hit and people only want to see one Disney film at a time? Or is it because, maybe the film isn’t as good as we thought?

For that reason, let’s take a second look at “Saving Mr. Banks” and see if a bit of time and reflection has changed some outlooks on this movie.

In my initial review, I talked about how Tom Hanks practically disappeared in the role. That we were witnessing the real Walt Disney and not some actor trying to be him. The film was able to capture the essence of what it means to be a kid and the charm of all Disney movies. There is also a wonderful juxtaposition between Disney and Travers as they butt heads constantly, which makes the a conflict that never gets old.

“This is the driving force between Hanks and Thompson,” I wrote. “A man who has always embraced being a child and a woman who wishes to forget about being a child. Neither of them are wrong in their pursuits and attitude but they’re both people who wish to dominate and to have everything go their way.”

One thing you might note is missing from my original review is something negative against the film. I obviously had problems with the film, otherwise I would have given it an A. But as time has passed, those flaws which slightly bugged me when I saw the film have now become big glaring problems in the story. 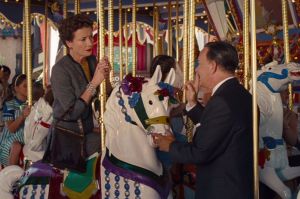 I now see “Saving Mr. Banks” as two different films coming together as one. The first film is the story of how “Mary Poppins” was created, and the rivalry between Walt Disney and P.L. Travers for the creative vision of the film.

The second film is an Australian outback piece of a poor family with an alcoholic father but still wants to care for his children.

The first film is a wonderful piece about two people with enormous egos and always work to get their way. They are both extremely passionate people but work on opposite ends of the spectrum. The second film is clunky, slow, off-putting and goes on much longer than it needs to.

Granted, the Australian sequences serve as a flashback for Travers, as a way to explain why she is so stuck up and snobby during the making of “Mary Poppins.” My question is, did every little sequence need to be there?

Did we really need so much detail and focus on something that could be simple to explain? The flashbacks could have been done in two or three scenes, instead of taking up nearly half the film.

There is a long and extended sequence in the Australian flashbacks where Colin Ferrel’s character has to give a speech on behalf of the bank during a fair. It doesn’t really add anything to the film other than giving us information that we already knew: The father is usually drunk, but he loves his kids and will do anything for them.

My problem with these scenes is not that they’re particularly bad, but that they are taking away from the much better scenes, the ones with Tom Hanks and Emma Thompson.

One thing a film should always attempt to do is find the best aspect that it has to offer and focus as much attention on that. In the case of “Saving Mr. Banks,” that would be the relationship between Walt Disney and P.L. Travers. Thus, the flashbacks only serve as a distraction and take away from the film.

Another aspect worth talking about is the ending. I won’t spoil it for those who haven’t seen it, but let’s just say what happened in the film deviated from real life. In actuality, when all was said and done, P.L. Travers despised “Mary Poppins.”

If they wanted to change what happened to give the film a happy ending, that’s fine. I can’t help but look at what happened and find simple ways to give that a happy ending. You can make Ms. Travers hate “Mary Poppins” but still have Walt admit that they tried their hardest to make the film she wanted and are damn proud of the results. The fact that the movie got made at all is a miracle. The fact that it is a movie beloved by millions all over the world is something even greater.

In the end, both Walt and Ms. Travers got exactly what they wanted. Ms. Travers got a chance to tell the story she wanted to share with everyone and now everyone loves Mary Poppins. Walt got to make the movie he had always dreamed of giving his daughters and got to relive his boyhood fantasies.

For that reason, I cannot hate “Saving Mr. Banks.” It is still a great movie, even if most of the Australian scenes are unnecessary and take away from the rest of the film. It is a bumpy ride and has a pacing problem, but overall it is worth it to see Tom Hanks play Walt Disney and have a fiery rivalry with Emma Thompson.

Initial Grade: B+
Revised Grade: B-