Nostalgia – When does it work?

We’ve all watched movies as kids which we immediately fell in love with. Films that have stuck with us and have inadvertently effected who we are as people. Films that gave us perspectives on life that we now apply in the real world. They’re not just movies, but part of who we are.

But have you ever rewatched these films as adults, only to realize they are not nearly as good as you thought they were?

Congratulations, you have fallen victim to the nostalgia effect. This is a case where your childhood excitement has effected your view of these movies. Where you may not immediately notice flaws or weird anomalies that are easily picked up by others. Where you go and rewatch the movies of your childhood, only to see that these movies have not held up.

For example, I am a kid of the 1990s and I can think of several television shows that I watched which look terrible these days. The two which immediately come to mind include “Captain Planet and the Planeteers” and the first three seasons of “Mighty Morphin’ Power Rangers.”

I loved these two shows to death when I was a kid, but they have not aged well. When you’re a kid, you watch those shows for the exciting action sequences, the scenes of the Planeteers calling forth Captain Planet or calling forth the zords. When you’re an adult, you begin to notice the hooky and over-the-top acting, terrible dialogue and messages that are hammered into your brain.

Some scenes might be enjoyable to watch, but these shows as a whole do not hold up these days.

However, just because something is nostalgic does not mean that it sucks. For example, many people my age grew up watching “Star Wars” and the Indiana Jones movies on VHS. These movies are far from bad. They continue to hold up nowadays and are just as enjoyable to watch as they were back in the 1990s.

It is not due to nostalgia that makes the twist of Darth Vader being Luke’s father so good, or even the opening chase sequence in “Raiders Of The Lost Ark.” 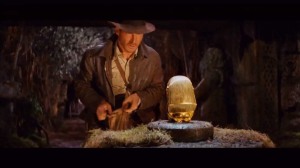 So when does nostalgia work? When are you watching something you enjoyed as a child and continuing to love it and when you are merely looking at it through rose-tinted glasses?

I like to think that children are much smarter than people give them credit for. They have the power to recognize good and bad if they are given the proper guidance. If you continue to show your child the same level of quality work throughout their young lives, it is going to effect their minds and how they recognize other films and television shows.

This will even translate into their adult lives. Since they are merely children, they have not gained enough knowledge of the world. It is when they become adults and learn more about life, and especially art, that their views of the past can sometimes change.

For example, as a kid I despised “Godzilla vs. The Sea Monster” and felt that it was one of the worst Godzilla films, due to not enough action sequences with Godzilla and him only fighting monsters I had never heard of before. As an adult, I noticed the story of the human characters and how these people were funny, relatable and more fun to watch than the monsters were. Now I feel that “Godzilla vs. The Sea Monster” is an excellent and one-of-a-kind entry in the Godzilla franchise. 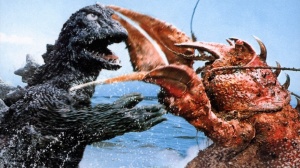 The nostalgia effect has no claim on this movie for me, because I hated it back then. The reason I love that movie is not because it takes me back to my childhood, but because it is a well-told story with exciting action sequences, a lighthearted tone balanced with quirky comedy and a good theme of rebellion during the time of the counter culture.

It is because of this that I feel nostalgia works when you can look back on moments of your childhood, notice the flaws and inconsistencies and be willing to say, “Yeah, looking back on it this movie sucked, but I still thought it was fun for a kid.”

Nostalgia is not something to be afraid. It is a sign that you have changed throughout your life. That your views have matured and become well-refined over the years. Yet you are not one to forget the past and remember the good times you’ve had. To see the flaws in something you once loved does not make those memories fade, but can make those feelings stronger.