It has long been aware that stores like Wal-Mart, Best Buy and Target get “exclusive” releases on certain DVDs for a period of time. Target over the past year have had exclusive rights to a few USA network owned shows (Fairly Legal, Suits, Necessary Roughness) and released their first season sets about three months before all stores were able to release them.

Target has done it again this past Tuesday with the second season releases of Fairly Legal and Necessary Roughness. The difference this time is that there has been no announcement about any future “wide” releases for these sets, which is different than the first season. 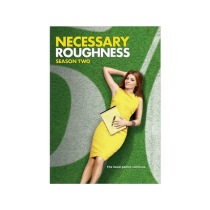 cenes and a gag reel on 3-discs. The Necessary Roughness set contain all 16-episodes on 4-discs.

If a wide release is announced, we will make sure you hear about it here.

The shortened 10-episode third season of Necessary Roughness will begin this June.