Staff of “The Killing” Back to Work 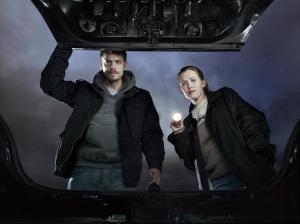 While AMC/Netflix hasn’t given an official announcement on giving The Killing a third season yet, showrunner Veena Sud and executive producers Dawn Prestwich and Nicole Yorkin have returned to work. Multiple sources are speculating that a third season would air next May.

For those unaware of this deal, Netflix has decided to split costs for the critically praised drama that would allow AMC to air the episodes first with Netflix getting rights to air them exclusively after.

This deal is similar to the one that DirecTV gave to Friday Night Lights back when NBC originally canceled the series. However, in that deal DirecTV obtained first rights while NBC aired the series much later.

Netflix has been critical in saving Arrested Development, while DirecTV has given additional life to the aforementioned FNL and the former FX legal drama Damages.

The Killing debuted two years ago with huge critical praise, but after the Rosie Larsen murder was carried over to the second season, fans were upset and ratings continued to drop. This, and lower critical acclaim led AMC to originally cancel the series.