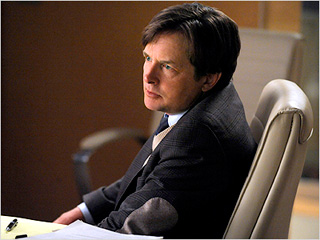 Series – from Sony Pictures Television and Olive Bridge Entertainment – Will Follow a Husband and Father of Three from New York Dealing with Family, Career, and Challenges Loosely Drawn From Fox’s Real Life

UNIVERSAL CITY, Calif. – August 20, 2012 – Iconic film and television star Michael J. Fox, a current double Emmy nominee, is making his long-awaited return to series television on NBC, the network where it all began 30 years ago with “Family Ties,” it was announced today by Robert Greenblatt, Chairman of NBC Entertainment. This new (untitled) comedy series, from Sony Pictures Television and Olive Bridge Entertainment, was given a 22-episode commitment and is loosely inspired by people and elements in Fox’s life.

“To bring Michael J. Fox back to NBC is a supreme honor and we are thrilled that one of the great comedic television stars is Coming Home again,” said Greenblatt. “From the moment we met with Michael to hear his unique point of view about this new show, we were completely captivated and on board. He is utterly relatable, optimistic, and in a class by himself, and I have no doubt that the character he will create – and the vivid family characters surrounding him – will be both instantly recognizable and hilarious. Being in business with him is a supreme pleasure.”

“We have all been such huge fans of Michaels and hoped one day he would return to television with his own show,” said Jennifer Salke, President of NBC Entertainment. “He had us at hello with his warmth, humor and incredible charisma. The fact that he pitched us a show that was funny, heartwarming and personal was the icing on the cake! We are over the moon and thankful Michael, Will (Gluck) and Sam (Laybourne) will be a cornerstone of our NBC comedy brand.

“I’m extremely pleased to be back at NBC with a great creative team and a great show,” said Fox. “Bob Greenblatt and all the folks at the network have given me a warm welcome home, and I’m excited to get to work.”

The single-camera series will begin filming this year for a Fall 2013 premiere date. It features Fox as a husband and father of three from New York City dealing with family, career, and challenges — including Parkinson’s — all loosely drawn from Fox’s real life. Further casting will be announced at a later date.

The executive producers and co-creators are Will Gluck (“Easy A,” “Friends with Benefits” “The Loop”) and Sam Laybourne (“Cougar Town,” “Arrested Development”), with Gluck producing through his Sony Television-based Olive Bridge Entertainment. Olive Bridge’s Richard Schwartz will co-executive produce. Gluck also will direct the pilot.

Fox, who is currently a two-time Emmy nominee for his guest-starring performances on “Curb Your Enthusiasm” and “The Good Wife,” first gained mass attention for his work as Alex Keaton on NBC’s popular “Family Ties” and won three Emmys and a Golden Globe Award. Major feature-film successes followed, including “Teen Wolf,” “Back to the Future,” “Bright Lights, Big City” and “Casualties of War.”

Fox later starred in the hit comedy series “Spin City,” for which he received another Emmy, three Golden Globes and two Screen Actors Guild Awards. He later appeared in two episodes of “Scrubs” and became a recurring regular on “Boston Legal,” earning another Emmy nomination. His other prominent TV appearances include “Rescue Me” (for which he won the Emmy as Outstanding Guest Actor in a Drama Series) and recently in “The Good Wife,” which has earned him two Emmy nominations.

Fox founded the Michael J. Fox Foundation, which is dedicated to finding a cure for sufferers of Parkinson’s disease while ensuring the development of improved therapies and raising public awareness of Parkinson’s.

Fox has written three NY Times best-sellers: “Lucky Man: A Memoir,” “Always Looking Up: The Adventures of an Incurable Optimist” and “A Funny Thing Happened on the Way to the Future.”