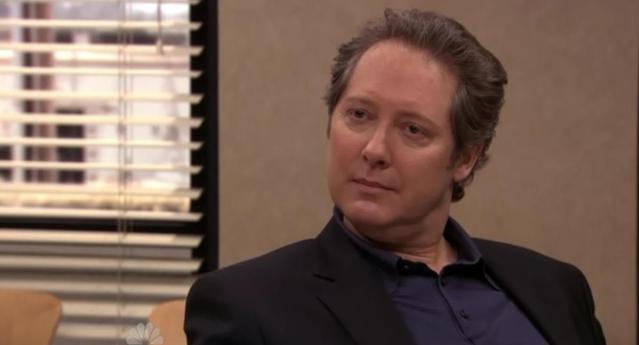 It seems like James Spader might be sticking around Scranton a little bit longer. Reports have indicated that Spader’s character Robert California will become the manager on The Office taking over for the departed Steve Carell. Spader was one of the many high-profile actors that appeared in the finale’s interviews that included Ray Romano, Jim Carrey, Catherine Tate, among others.

Word is that Spader will only be the manager of Dunder Mifflin temporarily as his character has sights in taking over as CEO of Sabre. Kathy Bates currently portrays Sabre’s CEO Jo Bennett, but with Bates’ series Harry’s Law returning to NBC this fall, it would make sense to have someone else run the company.

Spader is most known for his role as Alan Shore on ABC’s The Practice during the show’s final season and was given his own spinoff, Boston Legal, that aired for five years. He was also seen in the original film Stargate that was made into a successful television franchise.