Fox has announced the details on the DVD and Blu-ray releases of the Bradley Cooper film, Limitless. Each will include theatrical and extended cuts of the film, plus featurettes (“A Man Without Limits”, “Taking it to the Limit: The Making of LIMITLESS”), and an alternate ending. The Blu-ray release will also include a digital copy of the film.

The film will be released on July 19th, check out the artwork below: 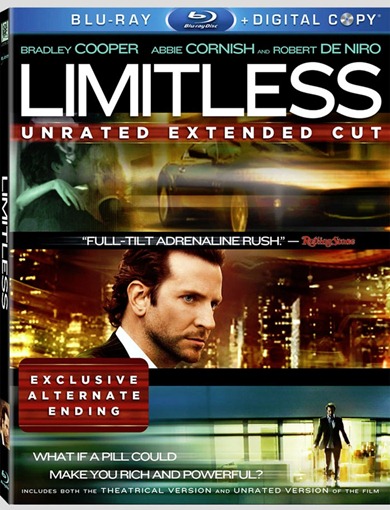 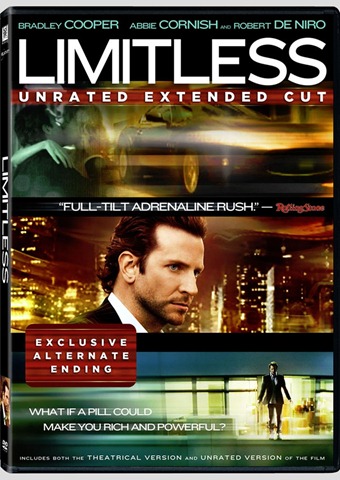