CBS brought back Medium from the dead (get the joke?) but nothing could save it from being canceled this year. All 13 episodes will be in the set along with fabulous bonus features. You can pick it up on June 21st.

MEDIUM is the drama inspired by the real-life story of research medium Allison Dubois, an extraordinary wife and mother who, since childhood, has struggled to make sense of her dreams and visions of dead people. Dubois is a strong-willed, devoted wife and mother of three girls who has gradually come to grips with her extraordinary ability to talk to dead people, see current events and the future through her dreams and read people’s thoughts. 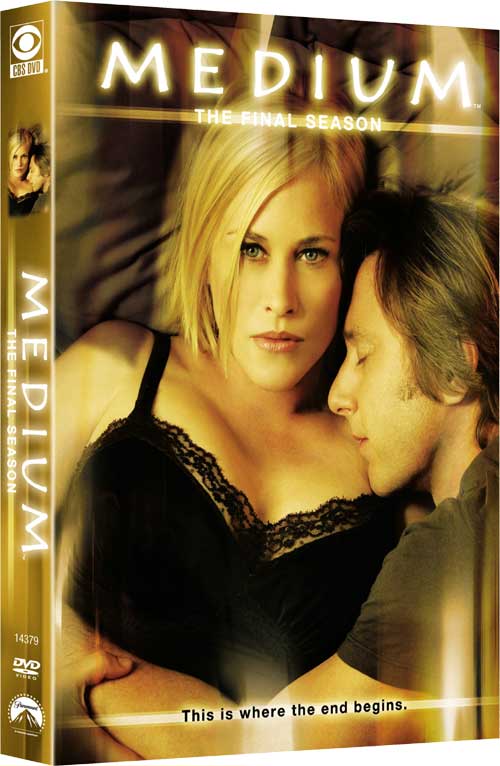