Warner Bros. has announced the DVD and Blu-ray/DVD combo of the summer comedy, Due Date. The only extra material on the DVD release will be a gag reel.

The Blu-ray/DVD Combo release will include that, along with additional scenes, a complete Two and a Half Men Scene featuring Ethan Tremblay, a Due Date Action Mash-Up, and a Due Date Too Many Questions Mash-Up.

The film will be released on February 22nd. 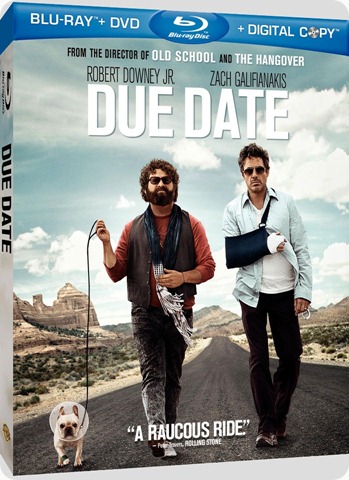