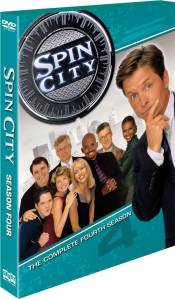 On February 15th you can own the fourth season of Spin City that starred Michael J. Fox in his final season of the hit sitcom. Heather Locklear joined the cast during this season to help give Fox less of a workload. Read the studio description below: