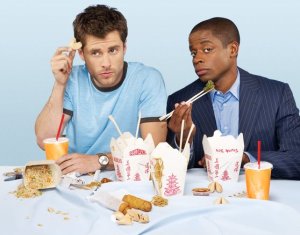 It’s official: USA Network has renewed all seven original series on the network. After the renewals of Burn Notice and In Plain Sight for two seasons each, the renewal of freshman series Covert Affairs, and the just announced renewal of Law & Order: Criminal Intent, the network is planning to announce the renewal for 16-episode seasons of Psych (6th), White Collar (3rd), and an 18-episode season for Royal Pains (3rd).

While White Collar and Royal Pains are scoring high in their ratings, Psych has performed relatively low since the series moved to Wednesdays last year. However, as the show is a fan and critic favorite, it only seemed plausible that USA would renew it for possibly its final season.

USA Network remains the #1 most watched cable network, as well as the most profitable network owned by NBC Universal, as an asset worth $11.7 billion, with NBC being worth negative $600 million.