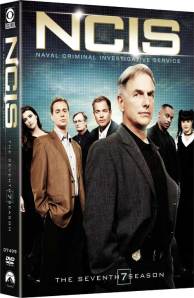 CBS has had amazing success with NCIS the past few seasons and it only gets hotter with the seventh season DVD set. You get all the episodes from the #1 television drama including these bonus features:

The set comes out on August 24th.