Brendan Fraser Not Returning to the Center of the Earth 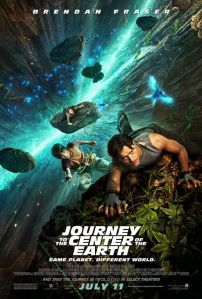 Deadline reported that Brendan Fraser will not be returning to star in the sequel to Journey to the Center of the Earth, nor will its director, Eric Brevig. Even with these major losses, New Line Cinema is continuing forward to make the second installment. The studio is currently making moves to have the film star Josh Hutcherson in the lead, who played Fraser’s nephew in the first film.

The reason director Eric Brevig left the project is because New Line wants the sequel to be in theaters by fall of 2011. Brevig is currently working on Yogi Bear for Warner Bros. Apparently Fraser dropped out of the project as soon as Brevig did, and sources say the chances of him returning are slim-to-none.